After a conference I once did, a young woman wrote me the following respectful but heart-felt request:

…[I] really enjoyed hearing you speak. It’s encouraging that people like you are speaking out about issues surrounding sexuality with grace and love, so I want to first thank you for being vocal about an issue that is difficult for most people to talk about.

I also wanted to share something you said that bothered me a bit. I’m sure it was completely unintentional, but during the Q&A…you mentioned something about how men struggle with lust, and continue to have to fight it even once they are married. I think it was in the context of comparing that struggle to a lifelong struggle with homosexuality.

I am a woman who has struggled intensely with lust and sexual sin for most of my life, while also battling deep shame in the context of a church that always speaks about sexuality as a man’s struggle. I know the church is not perfect, but many times statements like yours have greatly intensified my struggle with shame and given a foothold to the painful lie that something is disgustingly wrong with me, that especially in church, I can’t talk about it. It seems to me that avoiding the attachment of gender to sexual brokenness would be a simple fix for this, and I’ve been convicted that church leaders (especially men) won’t know that speaking like this affects struggling women unless I let them know…thus the reason for this email 🙂

Like I said, I’m sure it was totally unintentional, but my heart did hurt for women in the room who may have felt the familiar pang of shame and the creeping in of lies when you categorized lust as a man’s struggle. The Lord has been incredibly gracious to me in my battle with shame over the last few years and I have started to find healing, but I know there are many still in the depths of this battle.

…Again, thank you for speaking out about this. Much of what you said was incredibly helpful and full of grace. Thank you for being willing to be used by the Lord in this important area!

I have counseled Christian women who struggle with lust before, so this was not a surprise, but I was glad she wrote and helped me 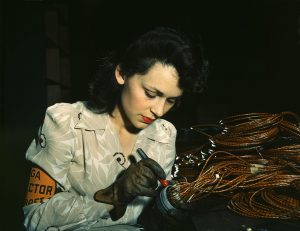 think about how I am communicating and to remind me that sexual lust can be a woman’s problem also. This fact was reinforced in a helpful recent article by Jamie Dean about pornography use by women.

I have found that the most important thing for a woman in this situation to know, and it seems that my friend came to this already, is that you are not less of a woman for struggling with lust. We are dealing with statistical averages in sex-specific traits, (which you might recall made their appearance in enGendered as overlapping bell curves). It is true that lust of the flesh is a much more common problem for men than for women. It is just as certainly true that such lust can be a woman’s besetting sin as well. 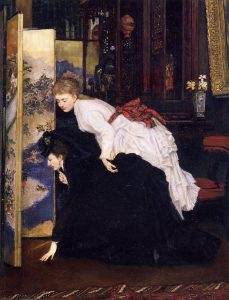 Let me surprise you, though. In point of fact, most women are actually more capable of sexual arousal than men. Maybe hard to believe but true. Studies in which men and women are shown all different kinds of provocative images while their physical responses are recorded, regardless of what the subjects say, show that women respond more quickly to all different kinds of sexual pictures. It is less evident because women have a much stronger suppression system, so that the subconscious impulse never makes it to the conscious. In the cases of some women though, it does. So, if you think about it, a woman like this friend of mine could be seen as more womanly in that she is more aware of the arousal her body is going through.

So here is another important thing to know if this is you: Whatever your own desires and tendencies, know that in that you are a special gift to Christ’s church.  God made you as you are. Though your desires are twisted by sin, those desires are part of how He wants you to be as a woman. Keep being a woman in your relationships and God will use your unique make-up.

What do you think we can do to better appreciate lust as sometimes a woman’s problem?