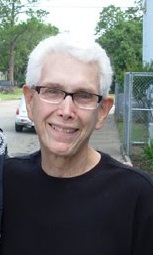 I have showcased Walt Heyer here and here in the past, and want to highlight another important work of his: Trans Life Survivors (2018). From his many years of running the website, SexChangeRegret.com, Walt has received emails from and interacted with hundreds of trans-people.  Those who want to “de-transition” contact him. They have come to recognize that medical procedures to try to mimic the bodies of the other gender do not fix their psyches.

The best evidence, from a study analyzed by Walt himself in this book, indicates to me that most people who “transition” come to regret it. If one counts the number of study dropouts, the rate is perhaps as much as 79%. The regret is also hard to track because it can take several years, while the individuals discover that the next surgery does not deliver the lasting relief promised. By that time they are so ashamed and find so little support, they just disappear. This little book sounds like a voice crying out in the wilderness because it is so rare to hear from this silenced majority.

But Walt arranges his commentary around thirty representative emails from individuals, mostly males but also several females, showing the other world of post trans-surgery. One hears, and understands, the cries of “I wish someone had been more honest with me,” and “These mental health people promote that stuff, but then when it backfires those same people want to bury their head in the sand.” When you read Nathan saying, “I had this feeling deep down in me that God was right and I was wrong,” you feel it. Analysis clothing authentic stories embodies the truths of the terrain. I would say that this presentation makes the book an easy read, except for the sadness of many of the stories.

Fortunately, there are happy accounts as well, such as Brian, who did enough research first to direct him away from medical procedures, or Tim, who wisely insisted, against his endocrinologist’s direction and his psychiatrist’s posturing, on dealing with his childhood trauma of abuse first. That treatment alleviated his gender dysphoria as well. 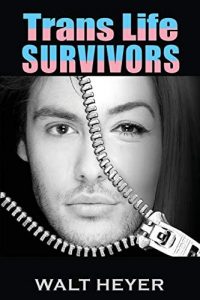 The prevalence of regret comports with the fact that, according to Psychiatry Journal‘s 2014 review, the majority of gender dysphoric clients also have other psychological disorders (depression, phobias, personality disorders). One survivor in the book, Megan, writes, “Almost all the transsexuals that I have known have psychological problems.” Or as the author puts it, “No one seems to see that transgender individuals live on the edge of suicide because of untreated depression.” Trent’s story is repeated throughout the book: “After 19 years of living as a woman, I realized my desire to change genders came from deep-rooted childhood trauma, sexual trauma…”

The cover art itself is well-done and worth pondering. Its body bag background suggests the life and death stakes of this matter. Thank you, Walt, for Trans Life Survivors. Highly recommended for understanding the other side of trans-surgery.