Talk about regrets of folks who have transitioned to the gender opposite to their body of birth is liable to draw a blank stare from people today, maybe from you too. What? You have never heard of anybody regretting such a decision (or, more painfully, their parents’ decision) to adopt a self-chosen gender? You think that there are only stories of happy, now-wonderfully well-adjusted trans-people who have finally found themselves? A leopard changing its spots always goes well? Stop for a moment and think. You’ve never 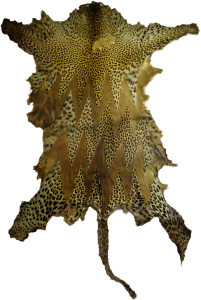 heard even one story of regret in the media? Given the novelty of surgical treatment for gender dysphoria, the prevalence of suicide and comorbidity even after the operations, and just the complexity of the matter, doesn’t that strike you as a little fishy? Even a little bit?

You can approach the question of trans-regret from a data perspective. (But if you rely on scientific studies for the answer, pay attention to 1) longitudinality-that is, the cohort of patients over a long period of time, 2) sample preservation-that is, how many of the people they operated on remained in the cohort, and 3) who is doing the study and who stands to gain from the results). You can also approach the question from a qualitative perspective, just being willing to listen to people who have regrets. In fact, dear reader, there are many stories of regret, from which you can learn a great deal. But in our current environment, it is only the very most courageous who will tell them publicly. The silence is deafening because it is so strictly enforced. Even as late as ten years ago, you could find a roundabout regret story in the New York Times, even with the word “Regret” in the title. That won’t happen today.

Yet there are public places to listen. World Magazine, in a recent bold issue, lets some of those stories out of the box with some excellent reporting. That issue also introduces Walt Heyer, a living vocal testimony of regret and a long-time opponent of the use of body modification to address gender dysphoria. In an upcoming post I will review one of his books on its own, but you can check out his resources at www.sexchangeregret.com.

Another place to look is in the heart of Denise Shick, who founded Help4Families and has worked with transfolks for over fifteen years. While not the most culturally engaging book ever, her Understanding Gender Confusion is well worth reading. The last part gives you chapter-length testimonies of the gender dysphoric who have come back and how they were redeemed. Note the themes. 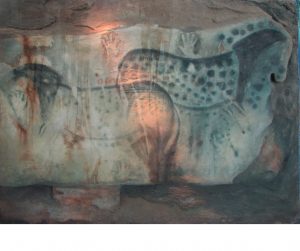 These are some of the places where one hears voices of regret, beyond the din. If you’d like to watch a documentary full of them, I review a great one here. I also know some of these regret stories firsthand from those I have worked with and walked with. Though I am not at liberty to discuss these cases here and now, I can suggest one more place, the best place really–the real gender strugglers in your own life.

Gender dysphoria is only going to increase, which means that it will be more and more likely that you will encounter close friends or loved ones who have made trans-decisions, and those who, with time, regret them. Be open to the experience they will share. Be willing to be involved. Offer the hope that is available to all people who have serious sadness about what they have done with their lives.

The stories are there. We would do well to listen.