Today, I offer you another Biblical Scenic Overlook. It tells us where our current cultural struggle all began. Guess who… 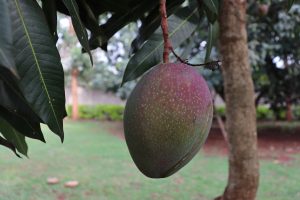 It didn’t seem like such a big change. The fruit was delicious, but it was a different taste than she had tasted before, as if there was something mixed in, something that her body didn’t know what to make of. She did feel differently, as the Shining One had said she would, but it wasn’t like all the other feelings she had had. Those were always laced with hope and joy, always expectant of a resolution and always tinged with gratitude for what the Creator had given her. This was different. Where was the gratefulness and joy? Where was the all-part-of-the-plan exuberance? It was a more open feeling she now experienced, a flavor of unknown-ness. Is this what it is like to be like God, she wondered?

She looked about her. Everything seemed disconnected. Where before, when she looked at a rock or flower, it shouted its meaning, it’s glory to the Creator. Now a rock just seemed like a rock. Even her favorite flowers—they still looked pretty but lacked purpose. She reassured herself. This must be what it is to be a god. I, myself, must give the flowers their meaning. I must decide myself if they are beautiful and why they grow. It was a scary thought, but if the Shining One was right, she could get used to it. It would be a lot more work, deciding herself about the world. She could do it. Still, she began to miss the time when everything was so clear. And so clearly worshipful. 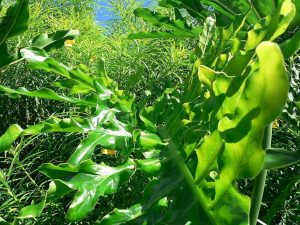 Then came that moment when her most serious doubts about what they had done invaded her mind. She looked at him. His body was there, but it wasn’t. It seemed leagues away, even though he was standing there within reach. She reached out to touch it. The thrill was there but it felt oppressive to be near it. Even thinking about his body as an “it” was an immense distance from the way she thought before. She forgot what the bigness of it was about. She knew that she used to know but it wasn’t there now. I’m losing thought, she cried to herself. This was not how it was supposed to be!

The real horror came in the next moment. She saw him looking at her in a terrible way and wondered what he saw. She looked down. Ah! What was this? It was the same skin, the same shape. But her gaze at herself made her feel a terrible thing.

This was not how it was, was it? No! It used to be something else she felt when she looked at her body. It was joy and pride and delight that she was an image of Someone Else, a happy, unexpected portrait of One of Infinite Worth, a parallel physical celebration of the Great One. And it was the anticipation of being a delight to this worthy man across the clearing. Her body was a way to love him, to lift him up to his deserving heights. It was so many things that were slipping from her mind’s grasp. 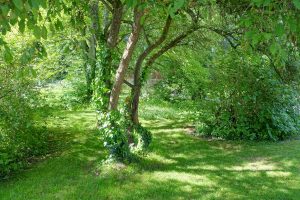 She cried out and whirled away wrapping her arms around her to cover herself as best she could. But before Eve turned she caught one more look in his eyes. She knew that Adam felt it too.