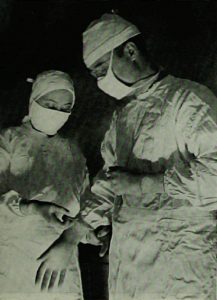 I often speak with parents about decisions confronting them regarding their gender-confused children. Some of these children suffer from actual gender dysphoria but many now declare themselves trans just to be accepted by peers. Looking at current trends, I have had a hard time conceiving why any parents would allow, without a fight, their children to be subjected to chemical treatments, in preparation for cuttings, that will debilitate their child’s body for life. I am beginning to understand.

As I recently highlighted from Andrew Scull’s new book, Desperate Remedies: Psychiatry’s Turbulent Quest to Cure Mental Illness, the history of the professional handling of dysphoria’s is one of mangling and maiming. New theories lead to cutting different parts of the body. More shocking, psychiatry repeats these waves of bloody debilitation of bodies every few years without scientific evidence to warrant it and without much resistance. Because Scull’s book is so thorough, we can see the patterns. Each wave of drugging or digging builds on anecdotes rather than any rigorous studies. The experimental innovations usually endure for several decades, until the harm being visited becomes impossible to deny. Most shocking of all, these cuttings are disproportionately visited on women. Then the techniques make their way to children, ostensibly to stop the mental illness before it starts. The chilling sharp-toothed attack is once more upon us, occurring today before our very eyes, under the wooly cloak of “gender-affirming care.”

Perhaps one of the clearest parallels to today was the use of frontal lobe lobotomies to “treat” various mental illnesses and depression. Psychiatrists drilled through a patient’s skull and severed or removed part of their brain, doing permanent damage, to offer mental relief, much like current penectomies and breast removals. This parallel has been suggested before. About five years ago on this site, I reviewed Walt Heyer’s book, Paper Genders, which made the connection. The following statistics of the groundswell, for the United States, are most certainly undercounted:

These numbers show the trajectory. By the early 1950s, American psychiatrists embraced lobotomy as one of their best tools to cope with major mental illness. They performed it in greater numbers into the 1960s. Mental health institutions enthusiastically responded and promoters looked for ways to make what they called psycho-surgery more routine. Applying a local anesthetic, one leading proponent, Walter Freeman, began severing the brain tissue by trusting an ice pick through the eye socket. He called these trans-orbital lobotomies. 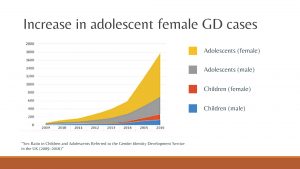 While not his point, Scull’s work demonstrates eerie similarities between psycho-surgery and today’s trans-surgery. First, women were lobotomized twice as often as men. Consider today. Through what psychologists call a psychogenic epidemic, gender dysphoria is skyrocketing among adolescent females. The “treatment” is fertility-inhibiting, bone-weakening, untested puberty-blockers. This accompanying chart of cases from the United Kingdom show how women are again the ones whose bodies are on the chopping block. 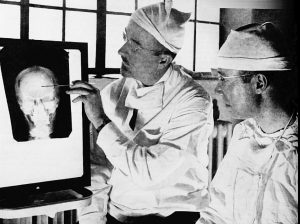 Second, the procedures target children, ostensibly, to nip things in the bud.  Age was no barrier to treatment by lobotomy. Freeman operated on children as young as four. Now, again, the knife turns toward children. Even though historically some 85% of children who feel gender confused have grown out of those feelings (often by puberty), the professionals, e.g., WPATH and Boston Children’s Hospital, urge parents to feed their children’s aberrant feelings.

The author Scull, writes with typically British reserve, veiling his own judgement about what he describes. But at one point he must express his amazement at how parents allowed their child’s brain to be butchered. He marvels at how “remarkable was the willingness of parents to submit their offspring to [lobotomy] surgery. What motivated them is unclear. Was it desperation? A misplaced reliance on the authority of the therapist?” 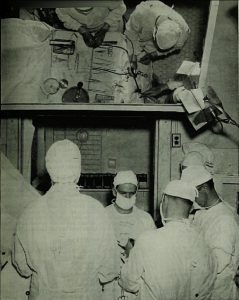 Now, as I hear how parents, I begin to see that the answer is both. False threats about suicide frighten them to death. And unfamiliar terms issuing forth from a labcoat intimidate them. Trans is a 350 million dollar business in 2022 (projected to become a 750 million by 2027). Once you start down this road, you pay for life. Don’t expect medical professionals to give that up easily. The best advice for ailing parents in a counselor’s office is to simply say, “Show me the studies.”

As Pete Townsend, of The Who opined, when asked to “tip my hat to the new constitution, take a bow for the new revolution, smile and grin at the change all around me,” he advised we “get on our knees and pray we don’t get fooled again.”