Thanksgiving is a time when the generations mingle. As families gather, differences in perspectives come out and, hopefully, inform one another. It is a time to recognize how the younger generation, even of Christians, struggles with gender. One of the reasons many miss the beauty of what the Bible teaches are unfaithful Christian men who lead, obscuring the goodness of masculinity. While breathing in the cultural falsehoods about men and women, younger Christians must also contend with the gender abuses in the church.

Sadly, in the American church in the last few years, we have witnessed the very public exposure of Christian leader men who have done the church terrific damage in this area. While they preached a more Biblical ethic of manhood and womanhood, they practiced a harmful, hypocritical and sometimes even evil, life that caricatured biblical gender. And those around them, in different ways, tolerated or allowed them to do this.

Ravi Zacharias was a renown speaker and apologist.  He also ran a massage business 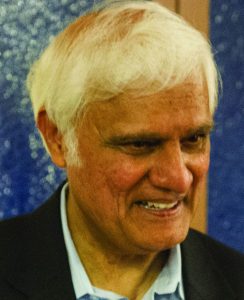 procuring sexual favors from the employees. He abused multiple women, including by rape, and engaged in dishonest cover-up. As my wife puts it, Ravi Zacharias was the anti-Boaz. The biblical character of Boaz took special care to prevent sexual abuse of vulnerable, immigrant workers (Ruth 2:3-9). Zacharias instead pursued it. 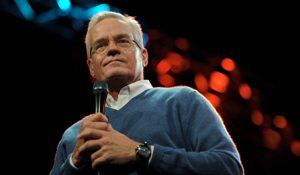 Bill Hybels, prominent pastor of Willow Creek Church and the Global Leadership Summit, has garnered many charges of sexual and power abuse, all of which he has denied. Yet his road to retirement was fast-tracked and his leadership resigned over it all. A six-month, independent review of the charges declared them credible.

Mark Driscoll, the famous Mars Hill Church pastor, became a model for many Seattle Christians of conservative Christianity. He stood the ground of 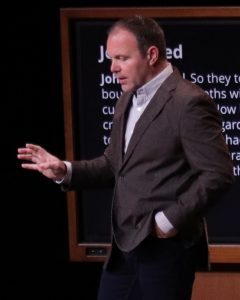 saying men and women had different callings. While not guilty of sexual abuse, he was guilty of power abuse, directly related to being a man.  Essentialist in his approach, he incorporated non-Biblical ideas of what masculinity and femininity are, and, combined with a profound immaturity of character, consequently abused masculine authority, leading others to do so also (Ephesians 5:25).

Unfortunately, we could mention others, like Paige Patterson and James MacDonald. These celebrity leaders, we can be sure, if as guilty as they seem to be, will be tiny, lower society members of the kingdom of heaven, if they even enter at all (Galatians 5:19-21, 1Corinthians 3:13-15, Jude 1:23). In the meantime, before heaven’s judgment, we must contend with the wreckage such men leave behind as we strive to present the better way. Their sins travel beyond hurting their families and churches and organizations, but leave a disillusioned body of Christ, less able to trust real masculinity when they encounter it. They leave a younger generation unable to trust faithful masculine leaders. They help this younger generation, already burdened with an inability to distinguish toxic masculinity from actual, needed masculinity, to turn away from the true image of God.

This is the truly high cost of sinful masculine leadership.