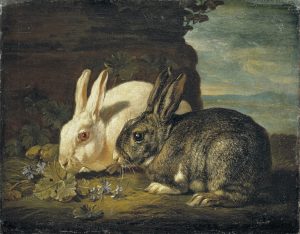 together. The headlines make for a sensational news cycle, but are misleading in claiming that the sexually dimorphic (that is, needing both male and female) reproductive process has been circumvented. They make it sound like we can soon dispense with men for women to have babies. Not so. 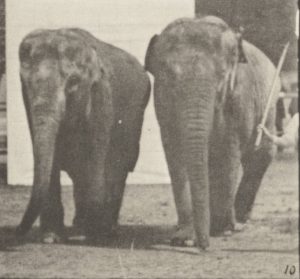 The universal flood of Genesis 6-9 is one of the most extraordinary events described in the Bible. God’s judgment falls, literally, on the entirety of humanity. Everything and everybody is wiped out. Caput. If comprehensive temporal judgment had to be, this may have been the most merciful way to carry it out. Yet it staggers the imagination and, most likely, was meant to teach the world of another universal judgment yet to come, one that also staggers the mind. 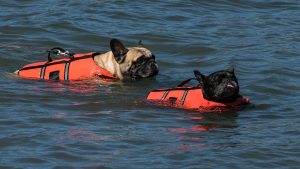 But God saves some. He states His intent to renew the earth. And as has been noted by commentators, the language of chapter nine’s new covenant with Noah, after the flood, recalls the original mandate given eight chapters before, in Genesis 1’s first covenant with Adam and Eve: “Be fruitful and multiply and fill the earth” (again). God most definitely wants to start over. 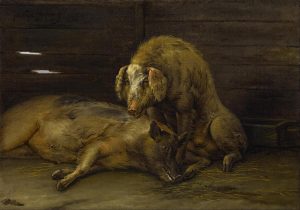 I suppose God could have started over in any one of many different ways. But apparently one feature of the creation was fundamental, the crucial ingredient for its blossoming, just as He emphasized the first time around: sexual and gender difference.  A single family is rescued to repopulate the earth, and that happens through four couples (Noah and his three sons on one side, and their wives on the other) coupling. 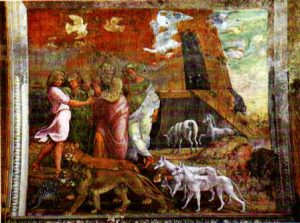 God also wants to preserve the different kinds of animals. He does it the same way, by commanding sexual difference to be brought onto the ark of safety, repeatedly instructing “male and female of each kind of animal,” “two of each,” “a male and his mate.” In these orders, we must be witnessing the crucial spark of life on earth. As it was when the earth was new, so it must be when the earth is re-newed. There is something essential here. The animals’ sexual difference was a forerunner to our image bearing genders. And this is that upon which life will proceed. God’s call is for them to come two-by-two. 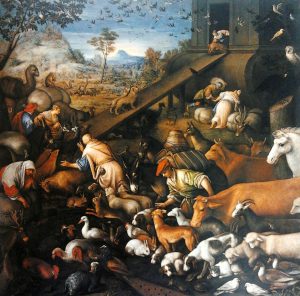 Which brings us back to the recent headlines about lesbians being able to have a child together. As I said, the headlines are overblown—a lot less is happening biologically than is being represented. You still need a man and a woman to have a baby. That’s the stubborn science of it. But the Bible helps us understand why. Cobbling together different parts of the birth process is not going to reproduce life. With time, the bizarre may come to seem normal, but it won’t accomplish what is needed for human flourishing.