A problem with many movies these days is that the marriages portrayed are not true to life. Because people making movies have an ethic of minimizing gender, the movie marriages don’t correspond to the way actual marriages commonly work. Life’s gendered love has become invisible to the movie cameras.

Enter Darkest Hour to the rescue, the Academy Award winning (best actor, best makeup) movie about the British war cabinet of May, 1940, the 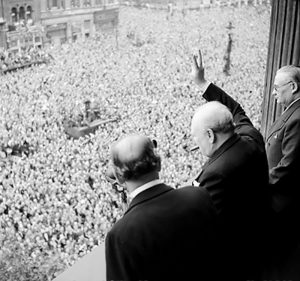 As pointed out by Jim Talent in the helpful National Review review, there may be some important inaccuracies in the film’s portrayal of Winston Churchill. It didn’t get his encyclopedic memory or his strength. As Talent says, “at 66 years old…he had the constitution of ox.” But some of that portrayal may have been crafted to highlight what must have been the heroic relationship between Winston and his wife, Clementine.

If we look past some of the sexism of 1940s England, we see the movie’s valuable picture of gender. The story presents us with the way a marriage in that incredibly stressful situation has to work if victory would be achieved.

Winston Churchill was, of course, a leader. He led. But we see, in the few poignant scenes including Clementine, how she needed to be quite as strong as he for him to be able to lead. And she was.

First, Clementine was realistic about the sacrifice of their family for Winston to lead on the level that he did. Sometimes a man wrongfully places his career over his family (remember, fathers: they are your first responsibility of discipleship!). But even if he does not, the family of a public figure bears repeated discomforts. They are burdened with requirements for which they did not ask. During a toast offered by the family at Winston’s appointment as prime minister, as Clementine mentions the family’s sacrifice, one adult son (or son-in-law) drinks before the toast is completed. The action proclaims, if with subtlety, that they have all felt that sacrifice. And none, we discern, more than Clementine.

Winston, of course, had a way with words. He led the western world through his speeches (Here is the most famous). After his decisive victory in 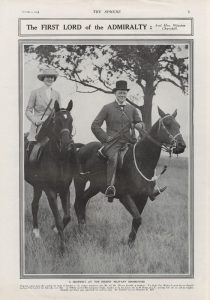 parliament, his opponent was asked, “What just happened?” Halifax answered, “He mobilized the English language and sent it into battle.” Yet some of the greatest lines in the movie are, not from the master-wordsmith himself, but from his strong help: “You are strong because you have faults.” “You are wise because you have doubts.” You get the sense that the verbal acumen of each reinforced the other’s.

At the same time, there are moments when Clementine cannot help. At one particularly dark point, when she enters the room, he simply says, “Leave me.” You cannot lead, in life’s darkest hours, unless you are able to lead alone. 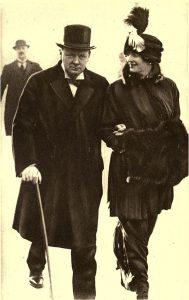 Yet at one point in the movie, a critical decision needs to be made, and Winston enters a room where his wife is losing herself to anxiety. With the fate of Britain hanging by a thread, Churchill quickly prioritizes and decisively clears the room. The other principals stand shocked that he would give such direction when the country waited, precariously balanced, on his next communication. In response to their paralysis, he just shouts louder for them to get out.

Then he sits down to focus on his wife, to remember with her, to joke with her, to basically reassure her, without actually saying so, that things are still okay. Clearing that room was the righteous choice.

What a man. What a woman. 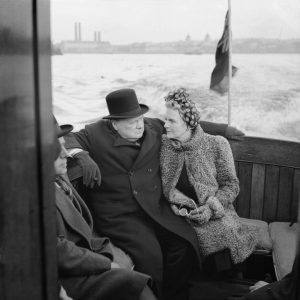