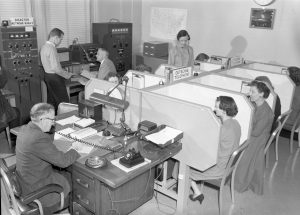 I previously wrote about handling pronoun choices with someone who seeks to live as opposite their gender. It is a situation needing sensitivity and integrity. But supposing you must deal with, not personal interactions, but policy mandates from your company or school.  Here is an excerpt from a letter I received from one reader:

I am a dean at a liberal arts college.  One thing that has come up is the whole issue of gender identification and preferred pronouns.  I believe that some in the administration would like to force faculty to use the pronoun that a student chooses instead of a gender-based pronoun (i.e. the pronoun of gender by birth.)  The issue goes beyond this, since the student affairs folks are also going to provide gender inclusive housing options this fall.  I’m struggling with the whole issue because in my mind, God made you either a man or a woman and that is very much a part of you as a person.

I do understand that one could feel that one does not fit in to his or her gender.  I’m struggling because our society has become so tolerant and accommodating and I’m not sure that this is the best thing.  By giving our young people a choice of gender (or no gender) we are opening up a huge can of worms.  One side of me says to not say anything, just accept.  The other side tells me to be strong and unafraid to express my opinion, yet do this in a way that shows love to those who struggle with gender identity.  I’m not very hot-headed, yet, sometimes I just want to walk out of these meetings where policies are being discussed.

I would appreciate if you could…help me to firmly state where I stand, based on God’s Word. 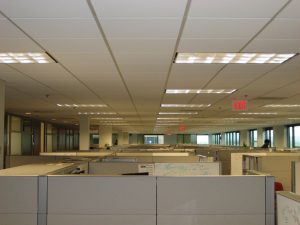 What should this brave soul, who is really looking to please God in the workplace, do?

Some might say, “It is just words. Don’t make waves about it.” But our words matter. It is why Jesus said, “By your words you will be justified, and by your words you will be condemned” (Matthew 12:37). Because how we talk shows whether we have faith in Him or not. And faithfulness to God in the midst of a culture’s contradiction or affirmation always comes down to “little things,” like wearing a 1st century head covering, stepping or not stepping on a 17th century cross, or getting an insignificant little mark of the beast on your hand.

So let me try to help. I would reply to my Administration or Human Resources Department like this:

“Might I use a person’s preferred pronoun in some situations to avoid confusion or embarrassment? Yes. If a girl dresses as a guy and I am pointing her out in public, I might say, “he.”

“Might there be personal situations in relationship where, for different purposes, I will use their preferred pronoun? Yes.

“Do I want to stand with the administration in rejecting the false stereotypes of masculine and feminine that society promulgates? Heavens, yes. But to me, to deny the womanhood of a woman or the manhood of a man is just as bad. 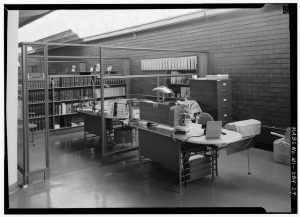 “The data of comorbidity of the gender dysphoric, the suicide rate and life-long health problems of those who have transitioned, and the well-known rate of reversal of feelings as the gender distressed grow up teach us the harm of sex change steps. So it is not right for the administration to ask me to agree to affirm such steps in my language. It would be uncaring for me to agree categorically to use a ‘he’ for a “she” as God made her.

“Because I believe that God created us as men and women (Genesis 1:27), a woman’s distress with her gender, while quite real, cannot be taken as normative. To act and speak in a way to encourage the belief of a man that he is a woman by affirming him as ‘she’ is neither good or loving, but contradicts the body God has given him to tell him who he is. Both the man and the woman are beautiful creatures that God has made in His own image. I cannot deny that image.

“So, regretfully, I cannot agree to abide by this policy. Can I help you develop an alternate policy that covers people like me while respecting people making the decision to transition?” 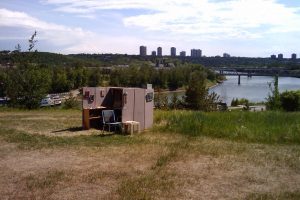 There’s my answer. But I give it with great sorrow that I am not speaking from a position of sharing in the risk of my dean friend. Ministers should lead from the front, not behind. In this situation, however, my job is not on the line. I am not so exposed. I am not in that danger (yet). But I believe in this counsel, that it is good.  And I promise that I will act on it myself when the time comes.

How might you answer your workplace or school administration?