Do you agree to use “she” to refer to your trans-woman uncle? Do you accept your niece’s insistence that she is really a ‘he’ and you should call her…that is him, that? Eventually, all of us will face this question as our culture continues to shred gender like it was some kind of incriminating document.   As with all things, how we treat people depends on our relationship with them…

Let me start with the easier, personal cases first this week. Here are the decisions I’ve made:

Should I adopt a man’s chosen name, even if it is a traditionally girl’s name? Sure. No problem. 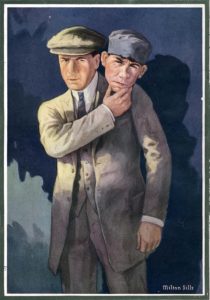 Names are just convention. My three older sisters were named Daryl, Jean and Lynne. All are commonly boy’s names also, but hey, that is what they were named. If someone wants to re-name herself  with an outside-of-the-box name, that can be honored without unwinding the fabric of society or denying God’s creation. I can avoid the charge of dead-naming in obliging my trans-friend with no sacrifice of convictions.

What if I am fooled by some exceptionally good plastic surgery, and the new friend doesn’t tell me? Yes, I can be fooled into using the alternate pronouns. I have been.

Supposing the birth identity is known and the interaction is one on one? Then the pronoun use doesn’t come up. You don’t use third person pronouns for someone you are speaking with and 1st and 2nd person pronouns in English don’t distinguish gender. Only when at least one more person is introduced does it become an issue.

Supposing I have an already-transitioning man in a counseling situation? I think of that noble soul like any other who has a misconception about himself. Sometimes these misconceptions are severe. It’s like a woman who has a delusion, an invisible pet dog, named Rufus. How do we treat Rufus? Does it help the woman for me to acknowledge Rufus? Do I go along with the delusion? In a counseling situation, I might say, “Okay, let’s let Rufus sit over there while we talk.” That is, I agree with but do not magnify the delusion. And the counseling is about walking with the woman, understanding her experience, and hopefully bringing her to the place of acknowledging that Rufus isn’t there.

Okay, what about the request from a loved one to treat him according to his self-chosen gender, and use the appropriate pronoun for him (that is, her). What do I do? The Bible says, “Owe no one anything except to love one another, for he who loves another has fulfilled the law” (Romans 13:8 NKJ). How do I love someone whom I believe to be deluded about themselves?

I try to make sure that that loved one knows that he is loved, that he bears the Image of God Most High. But I cannot truly love him by agreeing with his misconception. So I make it clear that I respect his decisions, I want his happiness, but I cannot agree with the path that he is taking, to say that he is a woman. And I cannot support harming his perfectly good body. He is erasing one of the key markers in telling him about himself. God has given him his body to know how his soul was made to love others, his distress notwithstanding. I don’t think that changing the sign changes him or helps him.

Then I brace myself for rejection. Then I turn the other cheek. Then I determine to stay in the relationship as much as I am allowed.

This same decision is coming your way, dear reader. It comes of a people not receiving God’s gift. Perhaps, 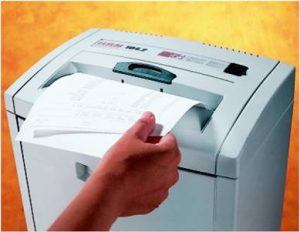 then, gender is an incriminating document and people want to shred it to avoid the guilt. It is a gift that reminds us in Whose Image we are made. So it indicts us for not glorifying God the way He really is.

But maybe these aren’t your problem. Maybe your problem is that your company or school just made the policy that you must use the pronoun’s of someone’s self-chosen gender. What should you do? Tune in next time when I will address that question.