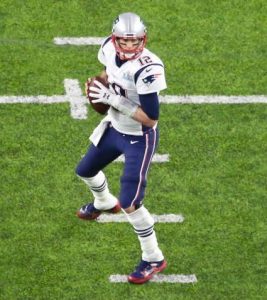 Super Bowl football has been utterly thrilling over the past several years. Folks used to say that the Super Bowl was the sleepiest game of the season. The plays contained few real suspenseful moments. But not recently. After last year’s incredible overtime nail-chewer between the Patriots and the Falcons, you’d think this year would have to be a let-down. But it wasn’t.

This game, like the other recent ones, have displayed repeated opportunities to marvel at the achievement of the male body. Alshon Jeffery’s spinning leap in the end zone to catch something close to a seventy yard pass was breath-taking. Seeing the end throw a pass to the quarterback was boggling. But Zach Ertz’s dive—after just completing a pass—into the end zone over Devin McCourty was pure physical poetry. There were 29 records tied or broken in this Super Bowl. The evening displayed the glory of the male body that God has made. 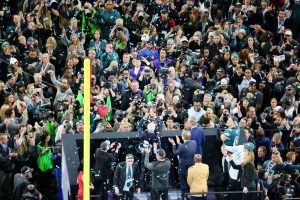 But did you notice what was not present in this Super Bowl, at least as it was televised? Absent was any of the usual exploitation of the female body to sell things. At the actual game, there were many cheerleaders not wearing much, yet they did not receive a single focused shot of air time. They were there but you’d never know it. Not a single shot. Amazing. Super Bowl this year modeled a modesty moment. 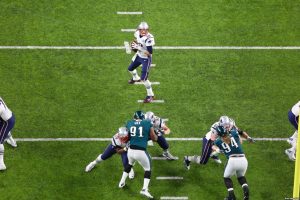 Even the half-time Justin Timberlake, who is no champion of morality, was fully clothed, including a sporty jacket. And all the fine (very skillful) dancers were well clad. After a few suggestive moments on the stairs coming in, it was all modesty and melody. Since you can’t understand the words anyway, the whole thing was all about the dancing, which was rather athletic.

It seems like the NFL and the sponsors are spooked about showing flesh while charges of sexual harassment are flying around. It is as if there was a dawning of a collective conscience that, gee, maybe there is probably something wrong with parading women’s naked bodies in front of us. 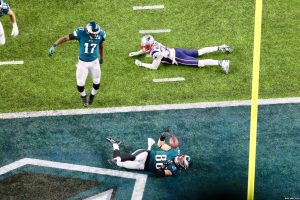 Unfortunately, it won’t last. Because the modesty moment is born of a fear of looking guilty (or litigation). It is not based on an actually respectful advance in societal relations between the genders.

But it was still refreshing to enjoy a lascivious-free Super Bowl without being subjected to the images that would threaten our bedrooms. The female body was respected. And we were free to celebrate the male.