To Christian parents, those three words are a shock, beginning a cascade of difficult feelings. Despite the cultural shift, most Christians still disagree that adopting a gay identity is a good move so hearing those three words still brings anguish. After years of AffirmingGender ministry, I find this to be an increasingly common experience among those I address who are Christians. While unable in a blog post to give the personalized counseling such a situation requires, I can at least list the three most important points that I usually share with such grieving parents. 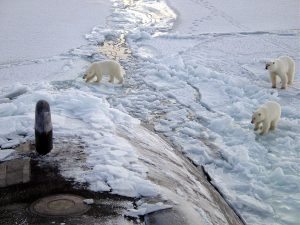 Because it is grieving that you go through. If a child is making a decision with which you strongly disagree, it is a loss of the child you knew and hoped for after all your efforts. The child often knows how grievous it will be and has perhaps delayed telling you for as long as possible. But the moment must come. When it does, here are the three first things that parents need to keep their boat steady in this storm. I am mainly talking here about a child who no longer lives with you, but these are important to remember for those still in your household also.

The first thing you need is to stay engaged. The best thing that Christian parents can say first, and I find that many do, is that you love your son or daughter and nothing will ever change that. You want the best for him and have no intention of shutting him out of your lives. In saying this, you are not saying that you approve of everything he does, but that you understand and embrace your call from God. You commit yourself to this person you have been given to disciple (Ephesians 6:4). You can also help your own heart by saying these things, since you might be feeling just the opposite, that is, deeply betrayed or angry. But love is doing what needs to be done, in spite of what we feel. Your commitment will help communication to continue. And communication is crucial now. A lot needs to be talked about. You need to listen well. 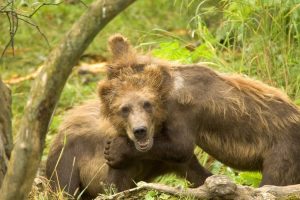 Second, you need to understand what you believe. This is not just an important crossroads for your child; it is one for you also. If your beliefs are based on prejudice or “that’s not how I was raised” kind of thinking, they really won’t hold up anymore. You need to dig more deeply into the Scriptures. Why do you believe that monogendered relationships are wrong? Your own examination of why you believe what you believe is part of the larger conversation going on between Christ and His church today. The real point of allowing this gay-trans cultural movement, what is really going on, is Christ is asking His body, What do you believe? Who are you really following? Upon what do you found your thinking? And you are now part of that testing conversation. I find that parents go in one of two different directions. This trial can expose how you really don’t think of the Bible as God’s Word to us. It is much easier, if it seems it will keep your children in your life, to acquiesce into support, and some parents go that route. Or, the experience can deepen your understanding of the Scriptures, and bring you to a new appreciation of God’s gift of gender, a gift that reveals Him in relationship.

Third, you need hope. This is perhaps the most important one because it is crucial for the other two: you need hope that things will not stay the way they are. This is not the end of the story. Young people are just that-young. There is no way they can have a longer view of life or perspective on how life will change them. You should know there are plenty of stories of gay-identifying people, yes, men as well as women, who come to a different place in their sexuality with time. Although the general media doesn’t allow them to be heard, those stories are happening all the time. enGendered is a good place to start hearing those stories.

I had lunch just last month with a man who, fifteen years ago, looked me dead in the eye and told me that he was born gay and he had firmly decided to stop lying to God and be honest about his gayness. He was certain and nothing I said at the time could persuade him to reconsider. What followed were many bumps in the road. Today, he is married to a woman and has had three children with her. And he wouldn’t let me leave without showing me many pictures of them. Some of the pictures were very similar, but just from slightly different angles or with them wearing different clothes, but he insisted on showing me all of them! It didn’t matter—they are the joy of his life, and he beams just talking about her and them.  Next week I will be meeting with the parents of another man who has followed a similar path, only in a matter of months so 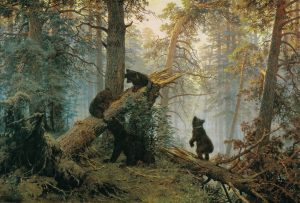 without so many bumps in the road.

And you, dear father, loving mother, may be part of that change for your child, a big part, if you stay in there with them, however you are allowed, and stay true to what God says is true. It is a painful road. God is out to change you also through it, but also through you, your son or daughter. And, in the end, wouldn’t that be worth it?