As I was noting in the last post, the term, gender dysphoria, was designed to remove stigma and any smack of psychological or emotional disorder. With all the good things about the term, though, we ought not to ignore the signs pointing rather strongly to the conclusion that condition being described is indeed a disorder on the inside.

This is a serious matter, as the current prescriptions for addressing gender dysphoria as a problem of the body are expensive, all-consuming, and change the body in a way that is ultimately, if pursued to completion, irreversible.

Another term that should never be allowed to wander very far away from discussion of gender dysphoria is the term, comorbidity, also a word that we are liable not to know if we are not doctors, as most of us aren’t. But it is crucial to understand it and hear the two terms spoken of together.

Why? The word doesn’t have to do with dark humor or movies liked by people dressing in black all the time. Comorbidity just means the simultaneous presence of two or more diseases in a patient. Seeing more than one condition is an indispensable diagnostic tool. Caregivers use that to understand and help a person’s real problem.

But we don’t hear comorbidity brought up much in public discussion of gender dysphoria, even though psychological troubles commonly go right along with it.

For example, one survey of Dutch doctors found that 61% of gender dysphoria patients were also diagnosed with (other) psychiatric disorders. (The study, entitled, “Psychiatric Comorbidity of Gender Identity Disorders: a Survey among Dutch Psychiatrists,” was published in the American Journal of Psychiatry 160:7- July, 2003, 1332-1336. In fact, that 61% may be low because of the way the survey results were reported. Whether the other 39%, given a primary diagnosis of G.I.D., had other problems was not disclosed.)

That means, in other words, a majority. Personality disorders and psychosis were mentioned relatively often by these doctors. The results made obvious something that those of us who help the gender dysphoric already know, that other problems often show a deep alienation from one’s self in those with this condition. Coincidentally, that same AJP issue also had a fascinating article entitled “Delusional Self-Portrait” by some Spanish guys about cases where people are completely wrong about what they feel about themselves.  Probably wasn’t intentional.

I just spoke last week with the head counselor of a local counseling service about cases of gender dysphoria she has seen recently. Her reply was telling: “It has never yet started out with g.d. In our practice they always come in for other things and in the process the gender problems come up as well.”

This comports with my experience with the truly gender dysphoric adults—there is often something else there with it. And these other problems cannot be explained as arising from the pressure of a gendered society making them feel bad. 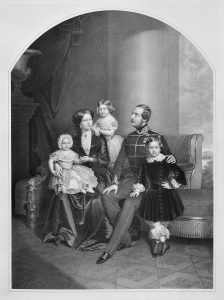 This leads to one more disturbing question. It concerns the children who are now, in increasing numbers, being ushered into a regimen of hormone blockers and transitioning steps that bring severe side effects, both psychologically and physically, over the long term.  It turns out, according to the same study, that 25% of those who suffer from schizophrenia exhibit cross-gender desires. A full one quarter. But, as Walt Heyer points out, schizophrenia cannot be definitively diagnosed until the early 20s. What does that mean for these children if schizophrenia is their real difficulty?

Tell me, do you ever find comorbidity to be part of a trans-discussion?