When spoken, it wafts gently through the air. It rhymes soothingly with euphoria. It almost sounds peaceful. To those who experience it, it is anything but peaceful. Yet dysphoria has the advantage of being so clinical a term that ordinary people like us, who are not doctors and never use it in conversation, have no idea what it means. That allows it to sound not so bad.

Well, dysphoria just means distress. Severe distress. Of course one can have different amounts of distress or 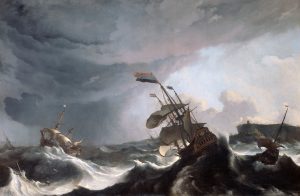 dysphoria, but gender dysphoria simply means a deep distress with the way you are.

Alienation with your sex, and the actions resulting from it, didn’t used to be called that. If we briefly trace the history of the terms used to describe it, we see a program of removing dimensions of meaning from the experience.

From the mid-1800s, when this experience began to be described in medical literature, it was grouped with other deviancies as a sexual perversion. People who had it, and especially those who acted on it, were perverts. 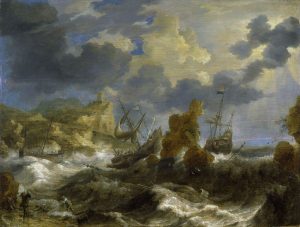 Around 1950, as the clinical-therapeutic view took over such things, as it was taking over everything, else, that term was replaced by Gender Identity Disorder (G.I.D.) and so it was described in the American Psychiatric Association (APA)’s Diagnostic and Statistical Manual of Mental Disorders (DSM), Version III (1980). Think about what got subtracted with this new term. Though the new term discouraged condemnation of people for the feelings they had (good), the alienation was no longer a moral issue (bad). G.I.D. attaches no moral judgment to the experience, but no moral responsibility in the experience either. It was a subtle shift away from the idea that God might have an opinion about such things.

Still, G.I.D. labeled the alienation as a psycho-pathology. It implied that there is something wrong with you on the inside if you have it. That changed with DSM-5 (2013), when G.I.D. was changed to the enchanting term, gender dysphoria. The APA, heavily influenced by the LGBT lobby, made up this new term to remove stigma from the condition. No psychological or emotional disorder here, just distress.

The good part of this is how it helps more people talk about their feelings. But again the new term subtracted meaning in describing the situation.

Words matter. Tracing this history illuminates the queer theory program of removing the gender-binary from our lives. I like the term, gender dysphoria. I do not advocate a return to calling the gender dysphoric perverts. I am happy that more gender-distressed people are better able to talk about what they are feeling, which the newer terms encourage. But they also teach that we should no longer examine sex-alienation with a moral or even pathological dimension, and that is a loss. The label loses that feelings and desires can be wrong or right. It loses our alienation as a sign that there is something wrong inside. 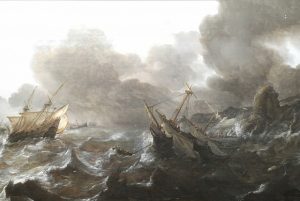 Consequently, the condition takes on a smack of normalcy.  Along with this term  comes talk of a disparity between “assigned gender” or “assigned sex” and your feelings, suggesting that the real problem was the “diagnosis” of the delivering doctor when she slapped the baby’s bottom and said, “It’s a ________!” It becomes much easier to then say that the condition is best addressed by hormone treatments and surgical operations.

In fact, in the future we will witness strong efforts to remove the condition from the DSM altogether, so that transitioning may be seen as nothing out of the ordinary, on the order of going to the salon to get your nails done.

And that is a loss. For gendered creatures and their problems can never be so reduced. It won’t work.

What do you think? Do words matter?