A question often asked of me while Affirming Gender is how to deal with friends or loved ones making gender decisions we feel are bad for them. A book I often recommend, especially if short on time to answer, is Glenn T. Stanton’s Loving My (LGBT) Neighbor: Being Friends in Grace and Truth (2014). Mr. Stanton gets gender in a fairly deep way, and understands how it cultivates intimacy. Which means one gets good mileage out of his counsel about it.

His work contains many helpful points for those who want to love well in a strained situation. But it is a throw beyond most teachings like it because of Mr. 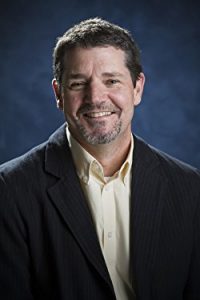 Stanton’s friend policy.  The book’s chief value comes from his priority of making friends with those who don’t believe as he does. His research positions at Focus on the Family put him in a situation of contact with many who advocate for gender minimization and elimination. But he didn’t just debate them. He reached out to befriend and understand them beyond the debate.

Thus, Loving My…Neighbor affords us insight into those we wish to love. Dispelling media-powered misconceptions is crucial to that goal of understanding, and Mr. Stanton grants us that. To give some examples: Mr. Stanton is able to explain that the idea of civil unions are offensive to the LGBT community. He can also point out how the seeming unity between the letters of LGBT…XYZ is just that: only seeming. A minority in the LGBT community would advocate for the specific “rights” of all the other various sexual identities, a point many commentators seem not to realize. The author is quite up front about how cruising and hooking up are still a significant part of the gay culture. Pretending otherwise does not advance understanding between opposing views. This is good work, arising from knowing the people he is talking about.

Recently, Mr. Stanton wrote a helpful piece in the Federalist entitled “Why Are Lesbian Teens Having Two To Seven Times As Many Babies As Their Heterosexual Peers?”, about how teen lesbians have a much higher rate of pregnancy than their straight-identifying peers. Yes, it may be surprising but that is right. According to the Minnesota’s state student health survey, gay-identifying women were five times more likely to have been pregnant than straight-identifying women. And gay males were four times more likely than straight males to get someone pregnant. The LGBT folks were significantly more sexually active as well. But you don’t have to go to Minnesota to find this out. The reality is the same in New York or all over. People who work in clinics know this already. Unintended pregnancy is huge in the LGBT youth world. 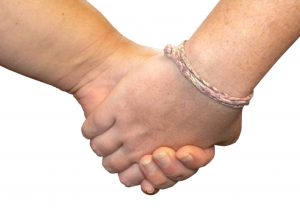 Anyway, Mr. Stanton’s article shows how such statistics give the lie to something called “sexual identity” that is an immutable part of every person. You really need to know this about the loved one to whom you may be talking.

There is really no helping people whom we do not befriend and know. We cannot rescue a friend out of the gender minimization current of our culture, in which we are immersed, without patient expressions of care that see them, not the media pictures. And isn’t that right? The wealth of intergendered relationship only comes upon receiving the love of God and letting Him have us as His bride.