Another Scenic Overlook from the Bible. Guess who it is about…?

I was feeling quite happy. This king was only eighteen years old, but the last ten years had shown the royal colors. Finally, I was thinking as we walked along, a king who actually trusts the priesthood. He not only doesn’t eliminate them or cut their heads off, but he works with them, respecting their place in the governance of the nation. We are at last coming to a secure rule under YHWH, the true God.

But the events of last week topped it all and sent my hopes for the future through the roof. He had ordered the money that had so long been collected from the people at the gates to be turned over to the high priest for the temple’s care, with no accounting required. No accounting required! Nothing could express the crown’s trust more than this act.  I was ecstatic as I strode to the 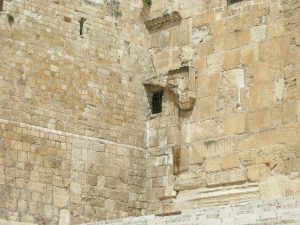 house of the Lord. I couldn’t wait to see the face of the high priest, standing there, dumbfounded at the king’s confidence.

It was in joyfully carrying out that order that the priest found it. Some of the corners of the temple had not even been entered in years, and the corner of a scroll caught his eye.  When he gave it to me, I spent all night poring over the ancient text, slowly coming to realize what it was. It derived from the covenant of Moses! With glee I recognized, here, from the time of the great father, was the voice of God, giving the holy law by which we could live. But then, the more I read, the more my glee melted into trembling. How far we have fallen from God’s righteous commands! What will this mean for the country?

I decided that there was nothing to be done for it but to reveal it to the king. I had a hard time keeping my voice steady as I read it before him, because I had absolutely no idea how this youth would react. Would he send it back to the temple to be buried? Or burned? He was sharp enough to realize the implications, the gap it illuminated between how we lived and the book’s holy wisdom.  Would he fire me from my office for even daring to bring it up? 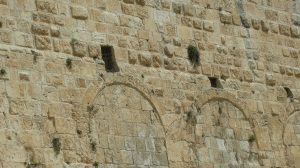 I was half-relieved when he abruptly tore his clothes, but a little unnerved when he simply sat weeping on the steps for several hours. I ordered the court to leave him alone, to leave the matter between the man and His God.

But I never would have predicted what he did next. It was on that day that I realized that God had given us a true son of David for a king. He called us all in and told us to consult a prophet. A prophet? Yes, a prophet. Then I saw. This king was re-establishing a triumvirate rule, yielding absolute rule to a coalition of king, priest, and now prophet. He was enacting what YHWH had always intended for the ruling of His people, but which had been rarely achieved.

“Of course, your majesty!” I said. “We will consult faithful Zephaniah, through whom the Lord has spoken many times.”

“No, not Zephaniah.” He replied.

“Certainly, your majesty,” I obliged. “Well then, let us approach the bold Jeremiah. He is nearby I believe, and speaks to us the word of God without compromise.”

“No, not Jeremiah.” He persisted. “And not even old Nahum.”

“The house of the Lord is gravely out of order,” the king declared. “We need a prophetic voice who understands the consequences of that, and who knows how to set a house in order.  And we need not go beyond Jerusalem for that voice.”

So here we were, making the short walk to Jerusalem’s Second Quarter, to the house of the grandson of the keeper of the royal wardrobe. When we arrived, we were ushered into the great presence of that voice. The triune government was about to function. It’s gears, so long rusted to a stop, were beginning to turn again. “In my lifetime!” I exclaimed to myself.

“We have come from the king.” I began.

“He seeks the word of the Lord about a serious matter.” 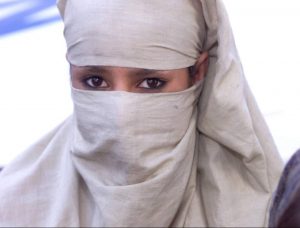 “Uh…and do you know what the matter is?”

“Yes, Shaphan,” answered Huldah as she smiled. “And I also know the pure heart of this young king. This is what you are to say to him….”

Now go read 2Kings 22. Are there times when you recognize the need for a woman’s voice?