There is no shortage of stories in the media of how wonderful it is to transition from one sex to another. But the microphone never seems to be handed to the people who have done it and then come to see a better way for themselves. 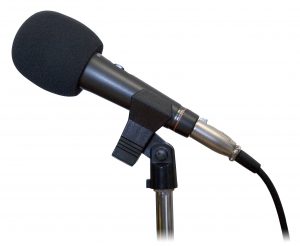 This lack has been addressed by Pure Passion Media/Mastering Life Ministries in their 105 minute documentary, Tranzformed: Finding Peace with Your God-Given Gender, now available on DVD. I have posted before about alternative experiences, but this movie presents us with a cornucopia of stories of going all the way and back again.

The production inserts a few authorities speaking about the matter. These include a Reformed Theological Seminary professor—Go RTS!—and some great footage of Joseph Nicolosi before he died, combined with some helpful history narrative, but the real treasure is the fairly in-depth treatment of fifteen sincere souls, opening up their lives to us and explaining what took them into trans-land and how they traveled thence to gender affirmation. Spoiler alert: Jesus Christ plays a starring role.

The documentary features three times as many guys as girls, which is true to life in terms of the numbers suffering from gender dysphoria. The stories come from around the country. (Although, apart from Maine, the North East is unrepresented. A reason for this, perhaps?) They are all great, and all different.

We watch Walt Heyer’s story of how his grandmother cross-dressing him from four years old and how being molested by his father’s adopted brother led to feelings so strange he felt sure that God could not understand them. When he finally made it to the top doctor in this area, he was advised after 45 minutes to get sex-reassignment surgery. 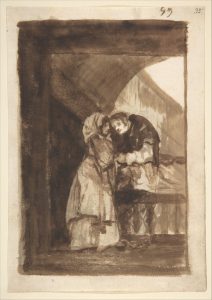 We learn how, when Kerry Potter’s parents found Kerry cross-dressing in the bathroom, their condemnation wrapped his problem in a blanket of shame; how Daniel Diago, after escaping from his diabolical father, met the Drag Queens and was competing in pageants by 18 years old; how Joe Grant’s gender dysphoria led him to homelessness in Georgia, looking for a way to commit suicide; how Antonio Prodegy’s dad, fresh out of prison, sexually abused him, all the while telling him, “That’s the way a father loves his son.”

The movie lets us walk with Joseph Cluse, sexually molested at Catholic School, gang-raped in the Boyscouts, who went on to pursue the trans experience for affirmation; and Arlen Upshaw who learned that he could get much more of the attention he craved by being a girl.

The women’s side presents us with similar tears: how Kathy Grace Duncan learned early that it was bad to be a girl; how Susan Takata’s rape at ten years old left her with no sense of boundaries; how Joann Grace Harley became the child least wanted; and how Linda Seiler developed her obsession with becoming a man.

All of these stories, though told without fanfare, are heartbreaking (and I haven’t relayed the half of it). But they are necessary to hear, as the tellers certainly see their path to transitioning to the other sex as a beginning in these tragic events and unaddressed wrongs.

Yet all of them also tell how they came to understand their decisions to go transsexual as leading not to, but rather away from, a realization of who they really are. All of them saw Jesus Christ as patiently working with them, giving them a new identity. He took Linda on an eleven year journey of transformation. Jeffrey came to loath his implants. Daniel Jones saw his decision to transition as an act of selfishness. Kerry came to realize that he wanted to know God more than anything else. Diamond was accepted and loved by Pastor Abner just as

he was. A man praying for Daniel Delgado told him that he was God’s son, and he felt like a brand plucked from the fire. Antonio had an eight hour wrestling match with the Almighty. Susan’s pastor convinced her that she wasn’t a failure. The Most High became Pa-Pa to Joseph, and Daddy to Kathy Grace.

You really have not seen anything like this documentary. If we want gender dysphoria and transsexualism to be understood, don’t these stories deserve to be heard also?