My wife, Marika, is the most extraordinary person I think I have ever met. Today as I awoke, I wondered how it was that, of all the people in the world, I got to be married to her.

There are obvious benefits to marriage, of course, sharing life and pleasures with one another. But I have found some in my marriage to this woman that are incalculable. Here are three of the best things about spending time close to her.

One, Marika has given me confident perseverance in my work. Because she honors me, I am honored. Because such a prize of a woman has surrendered prerogative to 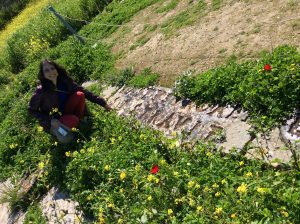 me, over many years it has made me confident that I am able to take charge outside the home, even in some rather trying circumstances. A lot of my work in pastoring a church is providing consistent and persevering leadership. I honestly could not have come to accept such responsibility—and hang in there—without her promotion. I would never have thought myself capable. So what has happened with her in private, over and over again, has had very public consequences.

Two, Marika is the most affection person I have ever met, and not just to me. I did not realize it at the time, and probably wouldn’t have admitted it if I did, but I hit adulthood with a profound need for affection. God in His kind providence gave me a real ringer for the thing. Her affection has been spent on patient gentleness with me, bringing me to rest, making me understand that I can stop running all the time, that I am home. Sort of like breaking a horse, I guess.

Three, Marika has allowed me to define our home, especially in how we uniquely serve God. I never once saw her shudder at the ministry life I was choosing for us, with its different costs. Instead she has embraced it and empowered it. She not only got behind the vision for it, she helped me get to it, and then helped make it happen.

Around the time we got engaged, I knew that there was something to which I was being called, but didn’t know what. On the evening I was going to propose to her, I took her to dinner at an upscale rotating roof-top restaurant. You know, the kind with a wine list. And I told her, “Don’t get used to this kind of thing.” She was amused, especially when she found out later in the evening why I said that on that night. As it has turned out, we have lacked for nothing. But she has always been ready to lack, 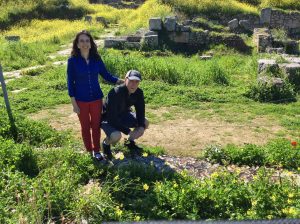 Time fails me to tell of the myriad ways her personality has changed me—from her sense of color, to her unfathomable curiosity, to her strange ability to untie knots with her toes. The above things, however, have made a bed for my soul. How can one repay such gifts? One cannot.

Many women do noble things. But I really don’t think that there is anyone like my wife.