Dr. Smith questions what I’ve said the asymmetries of gender are. So let’s revisit whence masculinity and femininity, enGendered style, arise. When we listen to how the Bible 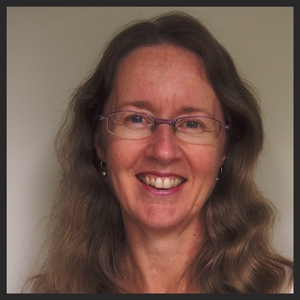 distinguishes men and women in their callings to one another, we hear very different things from the stereotypes of society and even sometimes those of the church. Yet people who are certain in their beliefs about what real men should do and how true women should behave often read those beliefs back into the Genesis 2 account of humanity’s creation. Wait about twenty or thirty years and then be prepared to laugh at these beliefs.

But the Biblical fact is that the Apostle Paul cites three unchangeable differences between men and women in the creation (1Timothy 2:12-13, 1Corinthians 11:7-10). These three should be our guide. They must be reckoned with by any Christian trying to answer this question. This is what I try to do, delineating Adam and Eve’s asymmetries in their creation: of origin, of order, and of intent. That is, they were made differently, they were made at different times, and they were made for different stated purposes. These three differences result in different initiatives they are meant to take for each other, again, according to Paul.

One of these complimenting differences, I try to show, is how, beginning with Adam and Eve and continuing throughout the biblical testimony, men are called to make their close women secure, and women are called to give their close men rest, or more broadly, to make them a home. Dr. Smith complains that these are hard to distinguish. Sometimes these initiatives might seem close together, as in my illustration Dr. Smith cites of Judges 4:17–21; 9:53–Did Jael and the woman of Thebez secure the covenant community of Israel or give them rest? But there is a real difference between the two, one that is felt very deeply from a woman if you are a man, or from a man if you are a woman. So a great unspoken value accrues to women seeking to give rest to their men and men seeking to make their women secure. Just try it!

Characteristic differences between males and females overlap and are difficult to delineate. This is on purpose. I suggest that God made us this way precisely because that is the nature of the Trinitarian persons, in Whose image we are made (Genesis 1:27). They are distinct, but we must tread very carefully in trying to delineate the difference between Them. The differences are clearer in what The Members of the Trinity do, and especially what They do for one another, and especially especially what They do for one another in the common mission (called the economic Trinity), which reveals Who They are.

But this leads to another criticism worthy of addressing. Stay tuned…