In the first part of this rejoinder to Claire Smith’s thoughtful questioning of enGendered¸ I talked about being careful in using the label, “complementarian.” One had better define it to use it. But it is clear that Dr. Smith understood how I was defining gender in terms of relationship. That I do do, saying that close relationships are where gender comes into play, 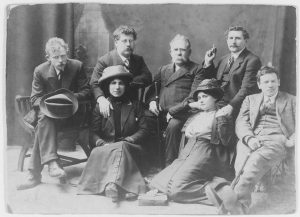 first in our relations with the same gender, and then, especially, in our close dealings with the other gender.

Dr. Smith gets this, because she goes on to ask whether this understanding of gender does “adequately capture the contribution of gender to our personhood.”  A good way to put a question that readers sometimes ask. That is, they would like to have a grip on real manhood or womanliness, qualities that set us apart from the other gender and make us who we are. But there are problems with that.  Though God did make men and women differently, those differences are hidden, not able to be delineated in any absolute way. More important, those essential qualities are not where the Bible tells us to look for our personhood.

Two examples can illustrate. Dr. Smith frowns on the advice I gave to “Dan” in the book, who asked how to be a man at work, when I tell him it is not how he does his work that makes him a man. It was not necessarily “where” he was a man if there were not close relationships there.

What would Dr. Smith have answered Dan, I wonder? As a man sits at work before his computer screen, is he still a man? I would say, yes, but his gender does not come into play there. Let’s say that his work is doing accounting. Does Dr. Smith honestly think that how Dan fills in a balance sheet is different from how a woman would? Or should?

Or let’s say that Dan’s work is chopping wood. Is his wood-chopping different from how a woman would do the same task? No. It isn’t. Because this is not where his manhood is really displayed. Rather, it is known in his relationship with other men and then, particularly, known in the asymmetrical way that he behaves toward the close women in his life.

A more weighty support to her contention comes when Dr. Smith cites 2Corinthians 6:18, in 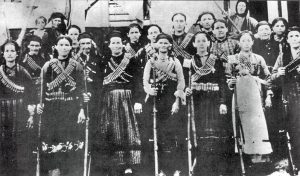 which Paul paraphrases God as saying “You will be sons and daughters to me.” Is not gender distinguished there, she suggests, not in relationship to other people but in peoples’ relationship to their God? It is interesting that Dr. Smith cites this passage, which is problematic, since the phrase Paul cites does not appear in the Hebrew Scriptures we have. If it is meant to be a canonical reference, it is perhaps Paul’s paraphrase of 2Samuel 7:14, in which God (through Nathan) only talks about Solomon as His son. But, be that as it may, whether Paul is distinguishing gender in our relationships to God may be questioned. He is teaching about cleansing ourselves from worldly influence and holiness, not about gender exactly.

But still, it is a fair question: Is a man’s relationship to God qualitatively different than a woman’s? Recall C.S. Lewis’ assessment, that God is so masculine that, when it comes to gender, we are all feminine to God. I tend to think that way. I am part of the bride of Christ.

It could be that I as a man have a different relationship to God than Dr. Smith though I don’t understand that. But even if this is in some way true, note that gender is still a matter of relationship, this time to God as our Father.

You cannot escape the Biblical teaching: Gender is about, through and through, from beginning to end, from top to bottom, being in RELATIONSHIP.

(Next time: Differences between woman and man)