In a recent counseling meeting, a man with same sex attraction (SSA) was telling me about his relationship with his father. As an aside, he mentioned the time he discovered, to his surprise, that his father had experienced SSA at one point as well. I have heard this before, but it is usually a hard slice of information to come by, for a few reasons.

In the past, most men who experienced SSA would not adopt it as an identity, but go on to get 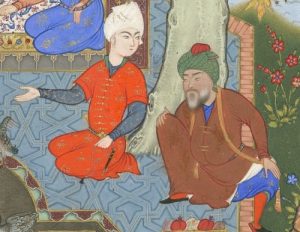 married to a woman anyway. The cultural demand to see these desires as an inviolable essence of their soul, as much a part of them as their fingerprints, was just not there. If their marital relationship was good, over time they would find other pathways to arousal with their caring wives, on the bed of emotional intimacy. Such is the nature of sexuality. So there would be little cause for a father to share this bit of private data from his past with his son.

Futhermore, the relationship between father and son may be strained and the vulnerability that conversation about desires requires would never happen between them. In fact, considering how father-son distance plays a role in many (though not all) men developing SSA, finding out about a father’s SSA would be unlikely. Also, this is not the kind of fact scientific research can easily access.

But, being a pastor, I am sometimes in the privileged position of knowing a family over generations. I become acquainted, sometimes as confessor, to both father and son, mother and daughter. One of the great treasures of the church I now pastor is her inclusion of every age, from negative nine months to a hundred years old, in her pews. I can witness how the tears shed by parent are shared by child. I can marvel over great spiritual power shown by matriarch manifesting in descendants. It is a majestic perch I am honored to occupy.

Which makes it significant, to return to my opening, that I heard this SSA man’s remark about his father’s SSA before.

Well then, you say, is this not evidence of a genetic cause for homosexuality? No. Apart from the twin studies (as described in enGendered, chapter 16) and the obvious complexity that goes into our sexuality, there are good reasons to understand homosexuality as primarily, not a genetic product, but a developmental phenomenon. You aren’t born that way, but you can grow up that wa 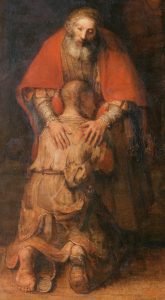 Families do not only carry the same genes, but the same ways of relating to one another. I see the good and the bad making its way down a family’s genealogical roads. In my counselee’s case, he spoke of how he was coming to understand his father’s broken childhood. It was helping him to forgive and heal his relationship with his dad. It also suggested to me that SSA could very well run in a family if the gender brokenness of one generation is thrust violently into the next.

The Good News is, as in the case of my friend, those patterns can be broken by the love of Jesus Christ to both father and son.