To help explain how gender operates, I offer a few excerpts from enGendered, chapter 12:

Specialties are things we all might do sometimes, but the specialist focuses on especially doing them. We may do many things for each other that are the same, but the gender magic happens when we lean into the asymmetries. Just as, physically, both males and females need both androgen and estrogen hormones, and it is the relative amounts that differ in the sexes, so the gender distinctives are things that both men and women may be able to do, and do do, but when done as specialties to one another, they propel relationship.

This makes the pairing of Ephesians 5:21 with 5:22 understandable: “. . . submitting to one another out of reverence for Christ. Wives, submit to your own husbands, as to the Lord.” We are called, as fellow believers, to submit to one another (v. 21). But there is also a distinct practice of submitting for a woman in relationship to her husband (v. 22). It’s a specialty.

If a husband submits to a wife’s judgment on what house to buy or stands under her authority in choosing their health plan, the sky will not fall on them. If a woman discerns in prayer God’s direction on whether they should relocate and tells the husband, and he, agreeing, assists

her in packing, no lightning bolts of God’s displeasure will strike them down.

A godly woman does not creep around the house, fearful of ever leading her husband. A godly husband does not feel his manhood challenged by doing household chores. None of what I have said precludes husbands cooking or changing diapers or submitting to their wives or wives getting promoted in some way. Specialties mean that we may perform many of these applications for one another whether in sickness or in health. But the logic of asymmetry operates, and the relationship is profoundly advanced, when partners differentiate: namely, the man by responsibility-assuming and secure-making and mission-defining, and the woman by promoting and strong-helping and rest-giving….

The Brooklyn Botanical Garden in New York City cultivates gardens in the woods. Following their paths, you happen on especially colorful areas, where anemones 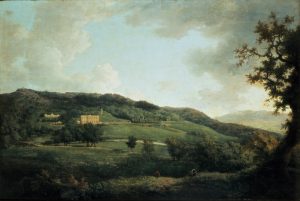 and portulacas lace the landscape. The yarrow and salvia shout exuberance. You see something you didn’t see in the common and similar greenery of pachysandra and ivy. Gender is like those cultivations of color.

Yes, we should all be growing in the common greenery of faith. Yes, we should all be submitting one to another and leading in goodness. But in close relationships, there is a special beauty that God wants to cultivate to shout out His Triune image. This leads men and women, sometimes, to allow gender to trump gifting….

When should gender trump gifting? When that trumping would move the relationship forward. Barney, a friend of ours, would identify himself as gay. But one fateful day, Barney met Daryl, a “boi,” which means that Daryl was a woman but preferred to dress as a man. Barney and Daryl fell in love. 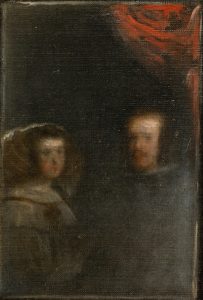 As their relationship progressed, Daryl found a growing desire to somehow express femininity for Barney, which Barney welcomed. But she knew nothing about how to do such things, having assumed manly manners for such a long time. Barney, in turn, had an eye for women’s fashion, and had even dressed up as a woman at times for fun. Consequently, he was more gifted in the cultural expressions of femininity than Daryl was. They took a momentous step on that evening when they stood together before the bathroom mirror and Barney taught Daryl how to apply makeup.

Barney limited himself to let Daryl explore specialization for him. (He drew the line at encouraging high heels since, he told her speaking from experience, they would just murder her feet!)

Not all of us begin from such extreme starting lines, but the principle is the same. For the sake of moving a relationship to a new level, these kinds of decisions that involve limiting ourselves may be made. As a woman and a man focus on their individual specialties for the sake of the dance, the beauty of the dance overshadows both.

You can read more about it in enGendered.