So my wife teaches online high school and her curriculum includes going over the books of Leviticus and Numbers. Each year she tries to make the point that the Old Testament (OT) understands women as equally made in God’s image. And each year she gets some essays back saying that in the Old Testament women are inferior to men. “What?” she exclaims. “How did they miss that?” 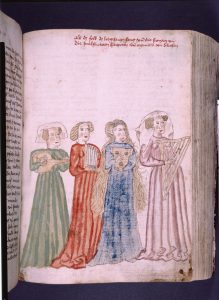 The problem, of course, is that the OT law of Moses, coming to us from three and a half thousand years ago and the other side of the world, takes a little work to understand. These student essays are a reminder that Christians don’t really read the OT much, and if they do, they do not have the guidance of teachers qualified to explain Mosaic law. So they read about the laws of inheritance or economy, and they think that women are being put down or devalued.

I address some of these misconceptions in my book, but let’s take an example here. After having a boy baby, an Israelite mother is ceremonially unclean for one week. After having a girl baby, the mom is unclean for two weeks (Leviticus 12). Taken at face value, it seems the point is that girls are more unclean than boys, right? In fact, seems pretty cut and dried, doesn’t it?

Some Bible-readers resolve the difficulty by just politely ignoring the passage, and moving on to something else, hoping that it never comes up with their non-Christian friends. Bad idea! Why? Because over time, this approach degrades any confidence that the Bible is telling us true, or fosters a suspicion that maybe God really does think girls are inferior or more unclean than boys.

Other Bible-readers (and student essay writers) sigh and say/write: “Thank God for the New Testament, because it treats women much better.” Another bad idea! There is progression and development in going from Old Testament to New Testament in some areas, namely in salvation history and the process of God’s amazing redemption. But there is not “progress” in the principles and proclamation of gender. From beginning to end, the Bible’s writers and stories are quite consistent on gender, even if their different cultural contexts are not.

Still others respond by saying that Moses was a product of olden times. They were just like that back then. In modern times, we don’t need to think like that anymore. Another bad resolution.

So what gives with Leviticus 12? It helps to understand the Biblical perspective that all babies make us unclean just by having them because of original sin. One of the points of that book is to help relders to see how very much in need of redemption we all are. Both boys and girls are equal in this regard (equality). But something happened to every Israelite boy at one week old: He got circumcised. As part of the masculine call of being the representative, he was to step forward (even though he can’t walk yet!) and take a symbolic penalty for the uncleanness of birth in his own member. In this masculine asymmetrical representative act, he cuts short the uncleanness of his mother (asymmetry). So, if a mother has a son, by his circumcision she can be clean after one week, rather than two.

These birth and circumcision laws were not just arbitrary rules. They prefigured the work of Jesus Christ, who was “cut off” to remove all of our uncleanness, even that of His own mother.

Want a rule of thumb? Always read the Bible keeping two of its major gender principles in your mind at the same time: Equality and Asymmetry. The equality of the image-bearers. The asymmetry in their calls on how to love each other. Keep these both in mind and you’ll do fine.

Do you have a problem with a Bible passage?