If you feel like God’s gift of gender is being destroyed in this country, you are right. I don’t like to be alarmist. I much prefer being upbeat. But there is being alarmist and then there is being realistic. How can we know that our sense of gender disintegration is more than just a feeling?

You can trace the thought from the academy. Queer Theory’s rather explicit goal, developing through the latter decades of the twentieth century, was to disrupt the structures of family by breaking down all categories of gender in relationship. Michael Warner was a leading general at Yale in this charge for destruction. His books, Fear of a Queer Planet (1993) and The Trouble with Normal (1999), though tortuous to read because they really are poorly written, nonetheless charted the way to breaking down heteronormativity and with it the family.

The campaign’s success can be measured statistically. Population growth has slowed to its lowest rate since the nation’s founding. In 2021, that rate was 0.1%. Barely sustaining. You would be mistaken to blame this on Covid-19. The trend was lurching downward long before any pandemic. According to the CDC, in 1954, the U.S. birth to death ratio was 2.75. In 2020, it was 1.07. As China is now discovering, a little late, its tragic one-child policy from the 1970s spells disaster for a society.

The U.S. population slowdown comes from marriage breakdown. In 1970, 40% of American households featured married parents. Now it is 17.8%. Marriage is failing because people are losing the tools for emotional intimacy. As I often try to highlight, people are losing the ability to live together. In 1960, 87% of American adults lived with a spouse. Today it has dropped to 50%.

As gender goes, marriages go. As marriages go, children and families go. As families go, birth rate declines. And life becomes more and more unbearable. So, this is how we can see the disintegration of gender. The statistics of population decline demonstrate the academic campaign with vivid clarity. 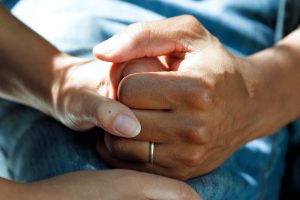 We do well to return the headwaters of the gift God has given us in creating us man and woman and learn to celebrate it. I am very happy that my daughter is getting married next week. She and her fiancé are committed to both the gender asymmetry and the equality the Bible prescribes to build intimacy in our relationships. They are both showing great strength in deciding to use a traditional wedding liturgy to begin their life together.

I look at couples like this and see the solid beginnings of a lifetime of love. I see a bulwark that will be nigh impossible to tear down. I see light in the future.

It is making me feel like all is not lost.