The United States Senate confirmed Justice Ketanji Brown Jackson to the Supreme Court yesterday. The most exciting part of the confirmation process was watching the judge refuse to answer the question, “What is a woman?” She had already used the word “woman” in her remarks about a dozen times. Pundits made a big deal over her declining to do something as simple as defining her terms.

But Justice Brown is not the only one who should have a hard time answering that question. Without addressing the political strategy behind her demurral, or the likely direction to her decisions it indicates, the question itself IS difficult. Or, rather, it becomes more difficult the more we think about it. What IS a woman? One could confidently speak in biological terms: Someone is a woman when the 23rd pair of chromosomes in each of her body’s 37 trillion cells is XX (as opposed to XY). Or, in terms of the resulting body plan, a woman is defined by what is between (and not between) her legs.

Here is where Christians want to tack on, “and made in the image of God.” This is going in the right direction. But it still doesn’t answer the question. What is it that makes a woman a woman as God’s image in distinction to a man? There is something different in her behavior, isn’t there? This inevitably introduces a complexity, exploited by the gender theory classes of the university. 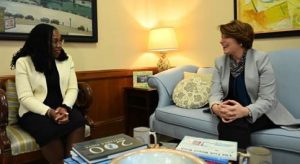 You may say, what do university classes have to do with it? These are what is shaping your children’s attitude toward gender, whether they take those classes or not. Their professors do not recognize the soul in the human person, that there is a non-material-but-just-as-real part to us.  That other part, beyond the body, includes gender. Because it is not real to them, they decide that gender must simply be social constructs or subjective sensations. The tergiversation comes of denying that we are an inseparable body-soul duality (not a dichotomy, not a dualism, but a duality).

God formed us from both the dust and His breath (Genesis 2:7). We are composed of these two parts but they aren’t really even two “parts.” They are a unity (James 2:26), such that one indicates and expresses the other. Recently, on the Protestant side, Nancy Pearcy has written well on the importance of the body. On the Catholic side, Christopher West has done us a similar service. Considering the Christian view of people helps us see that the more immediately visible body points inescapably to how we love each other differently as women and men.

That brings us to the Biblical point that people find difficult to adopt: The Bible speaks about gender in terms of relationship. One sees what a woman is in the company of the close men in her life. We may want to speak about men and women as possessing special qualities, apart from relationship. We may be concerned to combat the current cultural notion that men and women aren’t really different (apart from what is between their legs). The culture uses this idea to erroneously minimize gender. So, it is felt, we must push back to affirm, “Women and men are certainly different!” But if we don’t push carefully, we lose the wise Biblical gender ethic which, I 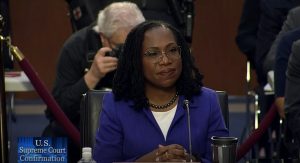 would say, the Holy Spirit has labored over eons to present to us.

Are men and women essentially different? We will take up this question up next time. Meanwhile, let us think carefully about how we want to define ‘woman’ and answer slowly. It is a deep question.