We grieve with our Roman Catholic brethren over the horrendous scandal surfacing, both in Pennsylvania and in the larger Roman Catholic church, of long-term, regular predatory activity and sophisticated cover-up within the 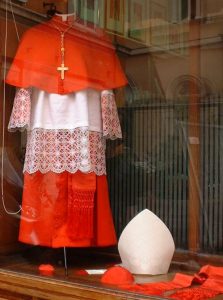 upper echelon of the priesthood. The scary movie, Spotlight, about the Boston Globe’s 2002 expose of Roman Catholic priest abuse of children in Boston, introduced this scandal to many and implied that it was a problem in the larger church. Now, the Pennsylvania Attorney General’s office and Ulpianan Archbishop Viganò have uncovered a system of predation among even archbishops and cardinals.

Understanding this problem in the Catholic Church requires first understanding it in gay culture.

I will try to explain it briefly. One to two percent of the American male population experience consistent same-sex attraction (SSA) (and that number will increase). Three groups comprise that percentage. There are those men who identify as gay and want to simply try to live a “normal” life, with a monogendered relationship and a golden retriever, maybe with adopted children, maybe even with a white picket fence. These folks are exclusively and relentlessly featured in the media. But there are also plenty, the second group, who do not welcome their SSA and seek to–and do–determine themselves differently.  The media completely ignores them. They are treated as if they do not exist.

Then there is a third group.  A large swath of men who identify as gay make their lives about having as much sex as possible.  Information about this group is actively suppressed by the media. If you don’t frequent the bars or bathhouses, or rub shoulders with them at all, you might be unaware of them, but you can still read accounts by previous participants like Christopher Yuan.

Even gay male couples commonly use a different definition of monogamous than others might recognize as monogamous, namely the allowance to have casual sex alongside an ongoing relationship. So a 2009 study in the International Journal of STD and AIDs found that homosexual men have five times as many sexual partners as heterosexual men (their terms). That is why sexually transmitted diseases occur among gay-identifying men at a rate of five to ten times higher than average for the general male population.

This third group, as you might expect when it is all about getting sex, contains a significant predatory element, especially in those who have aged out of the market. You need only visit a gay bar to witness this element in operation. One time I took one of my interns, a young man whom I was training to be a pastor, to a prominent gay bar in Greenwich Village, New York City. I intended us to have some conversation, listen to some different guys’ experiences, maybe share about our experiences in Christ. Unfortunately, the visit was cut short because of what happened when this handsome young man entered the premises. The older occupants swooped down around him and started to play father. We spent our time there fending off daddy advances.

An old man-boy arrangement is greatly facilitated by mutual wounds. Boys need a father. Young men with SSA often crave a fatherly acceptance because they lack any connection with their own fathers. They are often too willing to sell their bodies for that surrogate-father experience. This encourages a particular predator dynamic wherever gayness is promulgated. Joseph Sciambra explains it best in his article on gay daddy-son relationships.

The Roman Catholic priesthood, sadly, has become a refuge for this third group of gayness. A religious system which, for its own good reasons, creates a world of “Fathers”, strong authority, and required celibacy begs for considerable 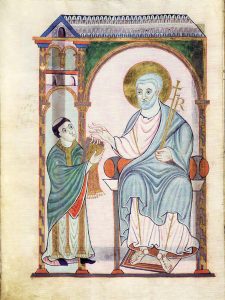 vigilance at the institutional level to safeguard its people against this kind of predation. That vigilance has not been maintained in the Roman Catholic Church.

Catholics are right to be outraged, and we can now pray with them for reform at last.