Ephesians 5:1 tells us to be “imitators of God.” Okay. But how do we imitate God? Some theologians say that we should not look 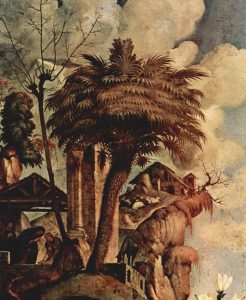 to God’s triune relationships, ad intra, as examples for our own. They say that there is nothing to prescribe our relations with one another in what They do for One Another.

This is a grave mistake. All of what we have in our unions with one another flows from, proceeds upon, and is designed to prepare us to take part in, what They have with One Another. If we do not understand that, we consign ourselves to shallow relations in the here and now.

Here is an example. A while ago, I was called upon to sacrifice my standing, and how I was being treated, for a friend. How did I do it? Philippians 2:3-7 could not be clearer:

3 Do nothing from selfish ambition or conceit, but in humility count others more significant than yourselves. 4 Let each of you look not only to his own interests, but also to the interests of others. 5 Have this mind among yourselves, which is yours in Christ Jesus, 6 who, though he was in the form of God, did not count equality with God a thing to be grasped, 7 but emptied himself, by taking the form of a servant, being born in the likeness of men.

Do you see the reasoning of Paul, the writer? He says that Christ, in His eternal, pre-incarnate state, before He was born, before He

became a man, before He did any of that stuff, did not count equality with God a thing to be grasped (v6). Because of that, the Philippians should count others in their community more important than themselves (v3). The exact same (and not terribly common) verb for what they should do, ‘count’ (ἡγέομαι), is used for what the Second did to the First. In their church relationships, the people shouldn’t grasp at their own equality, demanding that they deserve better treatment or a higher view of themselves. Philippians, says Paul, what you see in the Trinity, do among yourselves.

That is, imitate God.

So, yes, the Triune relations are there to bring guidance to our relationships, even if we can never fully understand or enter the depth of the love They have. We are just analogies.

Then let’s be good analogies.