One question I have gotten over time is about the Holy Spirit. If gender comes from being made in God’s image (Genesis 1:27, 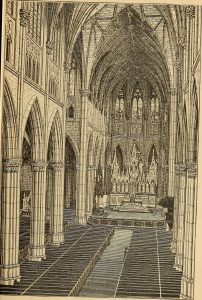 1Corinthians 11:12), and we as men and women in relationship are an analogy of the hidden relations of Trinity of Persons in the One God, then why are there only two genders? If there are Three Persons in Relationship in God (a.k.a. Father, Son and Holy Spirit), why aren’t there three genders? Or why don’t we promote threesomes for marriage, a holy ménage à trois? What’s with this insistence on the binary?

Perhaps you have wondered this also. Well, of course, we can see from our experience and God’s initial statement in Genesis 1:27 that we have been made with two genders. But still, why?

The answer tells us something very important about God. The Almighty is not just three Persons, Each with Their own characteristics, in the same shell, like a three nut peanut. The Three are equally God and do not differ in God’s attributes. Their distinctions lies in Their distinctive relationship to Each Other.

One of the most influential authors of the 1100s, Richard of St. Victor (as quoted by Michael Reeves in his excellent book) argued that:

“if God were just one person, he could not be intrinsically loving, since for all eternity (before creation) he would have had no one to love. [Yet] if there were two Persons [in God], God might be loving, but in an excluding ungenerous way. After all, when two persons love each other, they can be so infatuated with each other that they simply ignore everyone else—and a God like that would be very far from good news.” 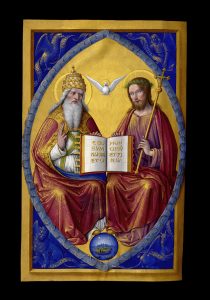 That is why the early church fathers (like Ambrose, Epiphanius of Salamis, and Augustine) recognized that the Holy Spirit proceeds from the Father and the Son, those three words that sadly divided Christendom. They said that the Third can only be really distinguished from the Second if He proceeds from the First and from the Second together, as from one source. But it is important to say it that way to understand Who He is.

You might say it this way: The Holy Spirit is Fruitfulness of Their union.

So think again. We do enact an analogy of the Trinity in our marriages. Because when a man and woman come together in that union, 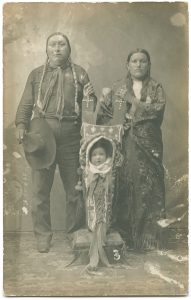 they have a child. Their love overflows and moves outward in a Third Person.

Behold, we are in His image.