You knew it had to come eventually, right? Some gender dysphoric teen would eventually stop and ask, “Is altering my body, like these doctors are pressing me to do, really going to help me?” Or his parent will ask, “Is cutting parts off of him really going to add to him?” These questions you will increasingly hear, and not just from religious folk who tend to believe Genesis 1.

My friend Nicholas directed me to a relatively new secular website called 4thWaveNow, describing itself as “A community of parents & friends skeptical 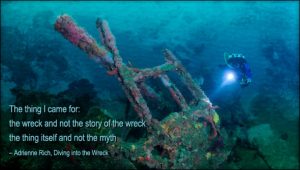 of the ‘transgender child/teen’ trend.” What do you know? There are articles referencing Britain, but the USA is in there too. (Personally, I have always found British people wonderful to listen to, regardless of what they are saying. But in this case, what they’re saying is important to hear.)

On the site, I just read an interview of 14-year Noor Jontry who started believing that she was a man at age 11, but has since has come back to accept herself as a girl. It is fascinating reading. Noor is a thoughtful young person, with the rare quality of realizing the limits of her own perspective.

The common factors were there, like hatred of her body and what Noor discreetly calls “previous trauma” in her life. But the interview goes deeper. Her journey back began with a growing skepticism: “I thought it was weird that [in the media] no one regretted anything.” (Heard that before?) And it continued when she got the straight scoop on the harms of taking testosterone on the heart and brain. Eventually she had to distance herself from the medical establishment: “I think if I had gone to a gender therapist, I would still think I was trans now. If my mom had thought that hormones and blockers were the best solution for my anxiety and dysphoria, I would be taking T right now.”

One of the key insights uncovered by the interview pertains to why Noor wanted to be a man. She repeatedly confesses, “being masculine was about feeling safe.” Understand the significance of this.  The best kept secret of our time is that gender is about relationship, for relationship. We are meant to supply close members of the other gender certain needed experiences. What Noor wanted was actually quite feminine, but it is a mistake to seek its answer outside of relationship to the close men in her life. Noor’s desire to feel safe, combined with the discomfort JUST ABOUT EVERY TEEN IN PUBERTY FEELS toward her body, led her to seek that desire’s fulfillment on her own, by becoming a man. Taking our God-given desires independently destroys our gender.

Let us let the young Noor’s speak. For they have wisdom in abundance to share from their journeys. This one came, at last, to this truth: “Feelings are feelings. Feeling something doesn’t mean it is true or real.” Or, as she muses with wonderful plainness: “being uncomfortable is part of being human.”