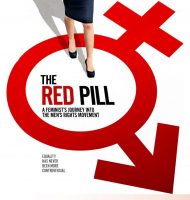 Allow me to recommend to AffirmingGender followers a real adventure of a movie that came out last year. It could have been better named, since you have to have seen and remembered another movie, The Matrix, to get the title, But don’t let that obscure choice of Cassie Jaye, the movie’s creator, stop you from diving down her rabbit hole of a documentary. Because the trip is a fascinating, disturbing and compelling look at the Men’s Rights Movement. You first feel like, oh come on. Men’s rights? Give me a break. Then you listen and watch and start to feel like, hey, there’s a problem here. Then it becomes, hey, there’s a REAL problem here.

And the neat thing is, Ms. Jaye is going on the same journey on which she is taking you, as she runs the camera. The film turns out to be a narrative of her own of uncomfortable illumination concerning the condition of men in society today. I encourage you to take these steps with her and decide the merit for yourself.

At the same time, if you take a step back, The Red Pill is one more glaring demonstration of the fundamental error of trying to approach gender without the Bible. The whole project unintentionally points to how gender abuse and its problems come, not just from the other gender, but from the events of Genesis 3. The problem of women getting abused isn’t with men. The problem of men getting abused isn’t with women. It’s the problem of evil within the human heart, that turns the gift of gender relations into a power struggle.

Understood this way, the Men’s Rights Movement makes the same mistake as Feminism, failing to see how gender is about relationship. So the answer is not to move away from the call of self-sacrifice, but to see how men and women’s self-sacrifice is shaped differently. And the solution must be about their relationship, not their independent fight for rights.

But the viewing public doesn’t seem to get that, and the various reactions of people to the movie are as informative as the movie itself. Consider the Rotten Tomatoes review page for The Red Pill. Here, in this premiere movie judgment venue, the gathered critics hate it, just hate it. It gets a 33%. Would you see a movie getting that grade? That’s a pretty solid F in school. But the audience people love it. It gets a 91% Audience Score, which equals an A, a pretty much must-see movie. Why the disparity?

The last line of the movie hits like a locomotive, and is quite shocking to hear Ms. Jaye say.

What is your “last line” after seeing the movie, if you see it? I’d love to hear.