The waterfall of information pouring forth from the mapping of the human genome continues to supply wondrous insight into our selves. One of these watershed 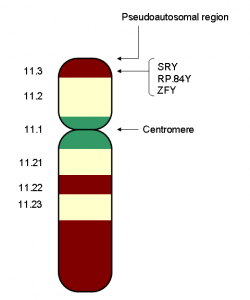 When we say that a person’s sex, male or female, is in the chromosomes, we are right. But when we say that it is as simple as one chromosome pair (the last ‘sex’ pair), that is XX (female) or XY (male), we are wrong on two counts.

First, we are wrong because it is actually simpler. In contrast to homosexuality, for which no single gay gene has ever been found (and not for want of looking), maleness-femaleness can be traced to the activation of a lone gene sitting in a tightly packed area of the Y-chromosome: SRY. The SRY gene goes on, you have a male person. It fails to go on, either because it isn’t there (like in female-XX people, who don’t have it), or because a very slight mutation in the gene breaks it (called Swyer syndrome), you have a female.

You cannot get much more binary than that in an enormously complex physical system. It doesn’t work that way in all animals. But our human bodies seem designed to get as close as possible to supporting a dual selection of soul. Genesis really means it when it says God created us male and female. The biology He developed proclaims a double-flavored platform to express the Divine Image.

But we are also wrong in saying that it is as simple as the chromosomes because life is never completely simple. His crown of creation introduced a complexity to the binary ideal, especially threatened in a fallen world.

The thorns and thistles, now our lot (Genesis 3:18), not only infect the ground but also take root in our genome. When God decided to use the dust of the ground to make us (Genesis 2:7), and we decided to flee His care, certain physical defects became a possibility. 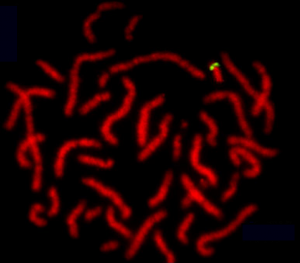 A variety of things gone wrong can cause ambiguous (intersex) conditions, which can happen in various degrees. A recombination error of an extra sex chromosome can give an individual XXY cells. A problem of hormone insensitivity can result in a male’s body producing female genitalia to different extent. Or a baby’s enzyme deficiency can make a female with male genitalia to some degree. These sadnesses occasionally plague us, damaging our bodies and obscuring their message.

But because the binary switch of SRY is so very strong in causing the myriad of physical processes that make maleness or femaleness, the defects fall along one slope or the other. Many corrective therapies and surgeries are available to resolve the ambiguity they create. Usually the decisions are clear. And even in the exceedingly rare cases where they are not, ways can be found of determining a person’s gender calling.

So may we not give thanks for the amazing SRY gene, a big way God calls us to gender?