As I’ve been saying, Aimee Byrd, aka the Housewife Theologian, in a book review of enGendered on the Alliance of Confessing Evangelicals website, raises some good questions, which I have tried to address here.

But Ms. Byrd’s most serious concern is over whether I have erred in finding the deep meaning of our genders in the revealed acts of the Trinity of God. Ms. Byrd recognizes this issue as especially important (well done), so she spends space quoting enGendered pas 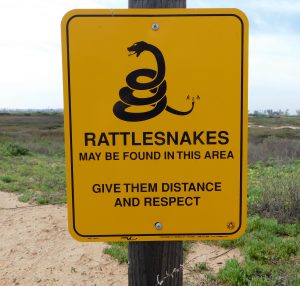 sages to substantiate her claim that “Andreades stumbled on some rattlesnakes” in this matter.

What is my reaction to this? It is to shout, “PRAISE THE LORD!” The discussion so long needed is happening at last! What the Church has needed to speak about and reckon with and debate and think deeply about, what really began in the mid-twentieth century but has just been hanging around in some scholarly writings since then, has at last picked up enough steam—thanks to the cultural pressure—to make it into certain circles like those Ms. Byrd frequents. And I for one, say, it is about time.

Ms. Byrd helpfully cites one of these discussions on her sponsoring website, Alliance of Confessing Evangelicals, but the earlier one on the Gospel Coalition website, pointed to by Justin Taylor, or, if you are short on time, the helpful later summary on Christianity Today’s website, may all be read with profit. Just ignore some of the fiery rhetoric that, unfortunately, commonly accompanies debate on a matter not yet well considered. But these are well worth reading. Especially if it means people buy more of Fred Sanders’ books on the Trinity, who is a stalwart fellow, and hearty all around.

As Caleb Lindgren put it, “All of this chatter indicates that many theologians are once again thinking—and thinking hard—about how we talk about God and about how we should not talk about God.” So the discussion has advanced. But it is not, as Ms. Byrd implies, over. Far from it.

I will write more on Trinity and gender in the future, but will here make two observations about what I think these debates show.

First, they show how those who like to speak of gender in essentialist terms put themselves in a pickle. That is, to try to delineate women’s qualities that make them women, like being nurturing or inherently responsive, namely how women are women independently, is to fail. The same for men. It cannot be done. It is to enter a mysterious realm hidden from us. Kind a’ like trying to do the same for the essence of God’s individual Persons. 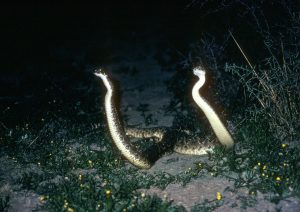 Second, on the other hand, note how some of these writers claim that nothing can be learned from the Trinity about our relationships. They even do this with a straight face. To me, nothing could be farther from the proclamation of the Scriptures.

I will close this brief cover by citing the Athanasian Creed (developed in the roaring 300s-400s of our history). It is quite often quoted these days leaving off one half of what is said. Here is a summary of Trinitarian definitions of Athanasian Creed, which all my children had to memorize growing up. I required it of them in grade school:

We worship one God in Trinity, Trinity in Unity.

Father almighty, Son almighty, Holy Ghost almighty. Yet they are not three Gods but one God.

The Holy Ghost: not created nor begotten,    but proceeding   from the Father and the Son.

But the three Persons are coequal and co-eternal. None is greater or less than Another.

What do you hear in those majestic edicts? I don’t know about you, but I surely hear at least two things: Equality and Asymmetry.