I know this sounds like the beginning of a joke, but it isn’t. At least I hope not. Rather it was a moment of clarification for the pastors involved when it happened last week.

The three of us are there for lunch, to begin the year hearing about each other’s churches and to pray for each other. Naturally, as it so often seems to do these days, the conversation turns to the culture’s movement on gender, namely its obliteration. I try to explain how I see gender to the other two, and get some politely puzzled expressions. This also seems to happen a lot these days. 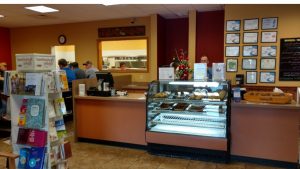 Pastor#2 says, Umm…but there is that one flaming flamboyant man, who shows up at the supermarket in a dress, wanting everyone to know that he is cross-dressing…

The three pastors agree that this fellow is just local color, not really related to the transgender movement.

Pastor#3 (that would be me) says, Pastor #1, you make a perceptive point about our conservative area, but I wonder if you realize how quickly these changes are happening around the country. If there is not someone right now in your church who has a loved or friend who is in a same-sex relationship or contemplating changing their gender, there will absolutely be one this year. And then it is a short step to having gender-defying folks attending your services. 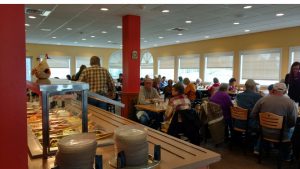 Pastor#2 is back in the game. He says, Pastor#3, you are way up here in your thinking and speaking about gender (motioning above our heads), but I am way down here (at table level). I just teach my guys that someone can be born a male, but unless he is doing these things that the Bible says, he is not a real man.

Pastor #3 responds, No, Pastor#2, you are not at table level. I think that you are right on and your counsel is doing a great service! Your counsel is very much needed because gender is a calling. That’s terrific. But supposing a guy says to you that he had a male body, but didn’t feel that call, to manhood. So he wasn’t a man and didn’t want to be. He feels called to be a woman. Would you tell him that that is fine?

Pastor #2 says no, he wouldn’t, but he sees the problem.

Pastor#3 continues: We need a way to talk about gender that clarifies the unbreakable connection between body and soul. Yes, gender is a calling but is also an identity. As John Paul II said, our bodies make the invisible visible. So our bodies are not arbitrary, but a 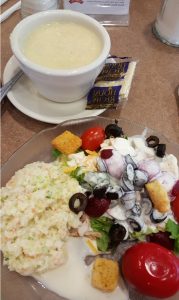 re meant to tell us who we are, and what call we should answer.

The waitress tells the pastors that she is out of rice pudding so Pastor#3 is not sure that the other pastors really want to hear more. But he presses on to the real dessert: Most importantly, we must celebrate gender as a gift. We cannot help our people to do what God requires in their relationships until they realize that God has given us of Themself when He made us Woman and Man! That is also why these matters are confusing. Gender is hard to understand because God is hard to understand.

But we can recover God’s truth if we see that gender is all these three things: A Gift. An Identity. A Challenge.

The three pastors sit for a while in silence.