This month the U. S. Congress will pass the “Respect for Marriage” Act, legalizing monogendered unions. Most of the discussion I hear is over whether the law protects religious freedom or whether it lays the groundwork for prosecuting those entities that cannot in good conscience support same-sex marriage. Yet the real issue, from my perspective, is the way the act changes what marriage is, that is, affirming it as a genderless enterprise. By casting monogendered marriage as normal, it further destroys gender in relationship and perpetuates the resulting carnage in peoples’ lives.

Recent Christian books on gender sadly follow this course of missing the point. One recent example is Jesus & Gender, by Elyse Fitzpatrick and Eric Schumacher (2022). The authors promise a way forward in the church’s great gender disagreement, boasting “This book will stand apart from other books about manhood and womanhood…” (p26).

The book has its great points as a plea to be Christlike with one another. To great benefit the authors take seriously how the Greek word, adelphoi, or “brethren,” includes “brothers and sisters.” So they use the Christian Standard Bible (CSV) which always translates that word “brothers and sisters.” This gives an illuminating reading of, e.g., 1John 4:21: “Whoever loves God must love his brother and sister also” (p101). One finds helpful insights, such as casting the Biblical character, Lamech, as an abusive husband (p35), and Joseph as sexually harassed by a powerful woman (pp123-124). The authors do well to emphasize women as “sons” of the inheritance (as in Rom 8:14, 15-17, Gal 3:7, 26, 4:5, p55). The testimony of Hannah Anderson (p202) is beautiful.

But the material sadly lacks how to be Christ-like uniquely in our genders. Ultimately, the authors participate in the minimization of gender in relationship, now the church’s typical track. In this way they move in the same

direction as a “Respect for Marriage” Act. After criticizing Barth’s definition of the Imago Dei (image of God), their own: “the godlike impulse to love and partner with others to create even others to love” flattens gender to insignificance. With little exegetical backing this definition makes for a theologically weak view of who we are (pp87-88).

There are moments when the authors seem to get close to the Biblical picture. They value relationship but ultimately do not see it as what gender is about. The omission is explicit when they trumpet without qualification: “sisters are not to be defined by relationships with boys, [boys] are not defined by their relationship with girls” (p170). Yup, they missed it.

Consequently, Jesus and Gender contains several big errors and many small ones. Mr. Schumacher takes the Genesis 3:16 pronouncement, “Your ‘desire’ shall be for your husband and he will rule over you” as a compliment to the wife (p145). “She will turn towards her husband, desiring to join him in ruling the earth. But he…” (p34). I.e., the woman is just trying so hard to partner with him. It is really the man’s problem, the big dolt. “Sin corrupted the relationship between the man and the woman” but Eve has no identified part in the corrupted state. Not interpreting ‘desire’ according to its Genesis usage (Gen 4:7), the treatment completely misses Eve’s fallenness in relationship. Rather, we do much better to recognize how the Genesis 3 curse names the burden each will bear in their individual work (tilling and child-bearing) and each of their fallenness in relationship. 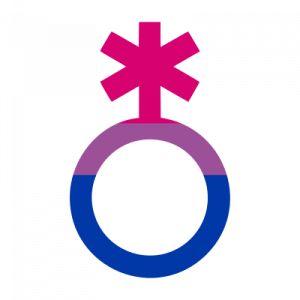 This big error leads to exhortations that are at times unbalanced, and sometimes downright sexist: “Fighting envy of what seems to be an easier life is part of what it means to accept the identity of being a woman. Yes, in some ways, being a woman is a more difficult road” (p167). That the authors can make such statements denies the experience of men in favor of the world’s lopsided view of our gender problems.

It also means that they, like others, consider authority in relationship as something introduced by the fall (p177). Sin caused the asymmetry of authority (p145). So they cannot conceive of authority’s goodness in fostering unity, much less its necessity. Misstatements about authority thus ensue: Jesus “used [authority] only to give life to others” (p18). Well…not really. The authors might read Simeon’s description of Jesus ministry more carefully (Luk 2:34, Luk 4:32) or how Jesus represents his authority in His teachings (e.g., Joh 15:14) and His parables (e.g., Matt 25:14, 30). And “[the apostles] do not write to the officers of the church” (p188). Umm…they must have a reason, but I cannot see why they skip over Timothy, Titus, or the Philippian elders.

This view only speaks of authority “willingly relinquished for the sake of the other” (p21) when actually such acts are only part of the story. “Obey” can only mean “be persuaded by” (p145). And Jesus only has ‘preferences,’ not ever requiring submission to His word (p23). This incomplete picture will cultivate the feeling that one should never allow one’s own will to be contradicted.

The errors play out in the discussion of husbands and wives. Marriage involves no asymmetries whatsoever (pp135-136, p139). Both husband and wife are simply to look like Jesus. No difference. So…what is gender then? 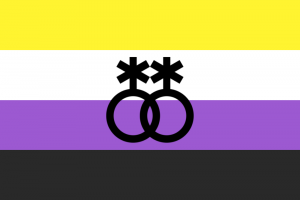 Then follows the astonishing statement: “The Scripture never tells the husband to ‘be the head of your wife.’ Not even close” (p142). This sounds to me like the epitome of sophistry. The Bible says repeatedly and variously (Eph 5, 1Co 11) that the husband is the head of his wife, tying it to creation, not culture. To refuse that as instruction is simply denying the text.

The errors in doctrine unfortunately lead to some disastrous pastoral advice for marriages, churches and children in the book. According to these authors, only a husband’s pride “prevents him from becoming like her in every respect…” (p144). Men and women should be identical in churches (p177f, p186), completely obliterating the meaning and benefit of 1Corinthians 11.  And, with children, “[there should be]…never a whisper of ‘No Boys/Girls Allowed’” (P163), advice that ignores an important phase of childhood development. Worse, “our children don’t need to be taught how to be masculine or feminine” (p162)! If you are looking for counsel that will exacerbate transgenderism, here it is.

It is good to emphasize women and men’s equality, as these authors do. But denying the deep differences to which our bodies point (in a book about gender) does us all a grave disservice. When you deny distinction to men, they lose all motivation to love, to answer God’s call to them to lay down their lives. When you deny women the call to surrender prerogative, they languish in anxiety. Such sub-Biblical treatments that flatten gender into nothing destine men and women to the shallows of isolation.

Their ending statement, “We refuse to get drawn into the discussion on ordination or male headship” (p214) sounds somewhat ridiculous. What was this book about again? How is it that a book entitled, Jesus & Gender, can spend over 200 pages arguing that there is and should be no distinguishing of women and men? The only distinction they seem to see is greater physical strength in men, leading to a reading of 1Peter 3:7, regarding the weaker vessel, that is thoroughly demeaning to women (p143).