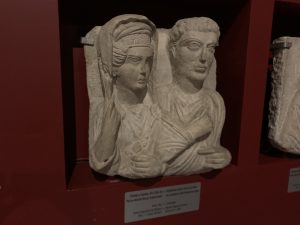 2 Now I commend you because you remember me in everything and maintain the traditions even as I delivered them to you. 3 But I want you to understand that the head of every man is Christ, the head of a wife is her husband, and the head of Christ is God. 4 Every man who prays or prophesies with his head covered dishonors his head, 5 but every wife who prays or prophesies with her head uncovered dishonors her head, since it is the same as if her head were shaven. 6 For if a wife will not cover her head, then she should cut her hair short. But since it is disgraceful for a wife to cut off her hair or shave her head, let her cover her head. 7 For a man ought not to cover his head, since he is the image and glory of God, but woman is the glory of man. 8 For man was not made from woman, but woman from man. 9 Neither was man created for woman, but woman for man. 10 That is why a wife ought to have a symbol of authority on her head, because of the angels.

11 Nevertheless, in the Lord woman is not independent of man nor man of woman; 12 for as woman was made from man, so man is now born of woman. And all things are from God. 13 Judge for yourselves: is it proper for a wife to pray to God with her head uncovered? 14 Does not nature itself teach you that if a man wears long hair it is a disgrace for him, 15 but if a woman has long hair, it is her glory? For her hair is given to her for a covering. 16 If anyone is inclined to be contentious, we have no such practice, nor do the churches of God. (ESV)

How to Erase Gender Distinction

The current approach to erasing gender distinction is to suggest that Paul, in 1Co 11, is not expressing his own view, but the Corinthians’ view in much 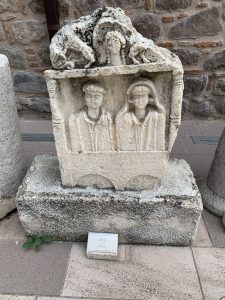 of the passage.  In this reading, we are only getting Paul’s view in vv2-3, v6, and vv11-16. In vv4-5 and then vv7-10, Paul is quoting the Corinthians’ own words. This would make the passage preach to the Corinthian women to not wear head coverings or distinguish between men and women in any way in their worship service. This is the argument of evangelical, charismatic scholar Lucy Peppiatt in her first book, Women and Worship at Corinth: Paul’s Rhetorical Arguments in 1 Corinthians (2015).

Dr. Peppiatt is worth considering because she loves Paul, characterizing him as a brilliant theologian, authoritative apostle, and man of God. In addition to her high view of Scripture, she is mild in tone and humbly tentative yet firm in her argument.

She admits that the text could be read to mean husbandly headship and that there is no signal within the text itself that Paul might be espousing the view he was arguing against. “This objection,” she writes, “is certainly true.” But she takes as her goal seeking some way to read the passage in order “to avoid…an offensive theology of gender.”

So she gives four main reasons to imagine Paul to be invisibly quoting the Corinthians, to which I will respond briefly. We could engage much more with her other points, but we will keep this article as properly post-size as possible: 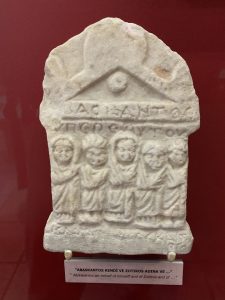 the passage’s statements, if taken together, are self-contradictory and his teaching is “impenetrable.” So, she reasons, the text must contain two voices. Paul must be arguing otherwise than what he says.

Unfortunately, in her elaboration of other possibilities, The author leaves out that Paul could have had a more robust theology of gender than she appreciates. I think that she is honestly trying to find the best presentation of views of 1Co 11. But those she chooses to consider are weak.  She doesn’t seem to be aware of more cogent and consistent readings. This is unfortunate because her project’s main justification is that all other ways end us in hopeless confusion and contradiction. Witness, she says, the amount of contradictory commentary on the passage. But there are several other more plausible reasons for the intensity of argument about it, such as our cultural distance from the Roman Empire and the passage’s message itself.

Dr. Peppiatt fails to acknowledge that in each of these cases in the letter except the last, if they are quotations, they are quotations Paul is affirming as true and needing further elaboration. Only the last “slogan” is Paul contradicting, and that is the one clearly demarcated as something they say. He introduces it with “How can some of you say that…” to avoid confusion. So I am afraid that an argument for a parallel in 1Co 11 is weak. Does she really think that Paul would leave ambiguity about what were his clearly opposite thoughts? 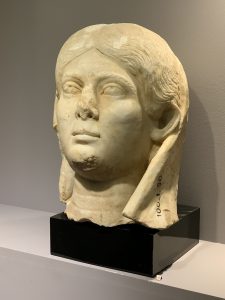 Furthermore, several times in her book we read that Paul needs to strictly contradict the Corinthian’s practice, that they “had abandoned Paul’s teaching [against] gender differentiation.” This idea of radical departure is hard to square with the opening to the passage, where Paul literally praises them because “you remember me in everything and maintain the traditions even as I delivered them to you.” That is kind of a strong statement. It contradicts the author’s scenario of powerful Corinthian men imposing non-Pauline head-covering practices on the hapless women of the congregation, to the point of denying what Paul had explicitly taught. That wouldn’t have been a situation very praiseworthy. Instead, Paul’s opening naturally suggests that they are doing well (i.e., with women participating with head coverings) and he needs to correct a new element (the Corinthian nouveau rich) in their advocacy of a change in cultural tradition.

The passage taken as reflecting Paul’s thought, she thinks, would make Paul use public shame as a motivation for righteous action. That does not fit with 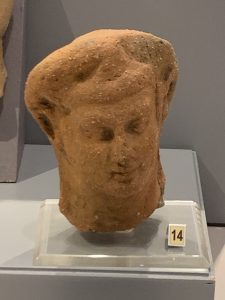 the apostle. “We must either accept that Paul invests a cultural practice with deep theological significance or we must reimagine what he might be saying.”

This is a false dichotomy. She correctly identifies Paul’s use of a shame/embarrassment point in the passage but misreads in calling it “central and governing.” Rather, Paul is using the point that women shaving their heads is embarrassing only to advocate adhering to the Roman custom, not as a ground for his gender theology. That is, his argument is not: “Respect gender difference so you won’t be ashamed.” His argument is: “Do your homework and read your culture. Your shame informs you of what the culture expects. Then affirm the cultural practice where it speaks an underlying truth about God’s creation of gender (and, v2, contradict the culture where it doesn’t).”

The passage ought to fit in Paul’s wider theology of men and women and marriage, right?

Here is one of the places where Dr. Peppiatt is weakest in her argument. Space doesn’t permit the contradicting survey, but a comprehensive review of 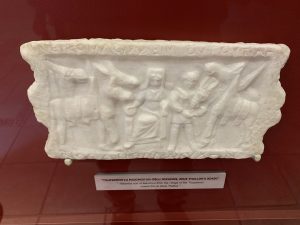 Paul’s writings displays the same principles of equality and asymmetry he lays out in 1Co 11.

In fact, Paul felt quite confident that equality and taxis in relation­ship could be kissing cousins, as they are in the Trinity of God. But this is not a view of gender that seems to enter Dr. Peppiatt’s thinking. Strangely, she repeatedly cheers Paul on in his exercise of apostolic authority in this address to the church. She enjoys how “Paul pulls his apostolic weight.” Thus, she obviously must allow situations in which one equal person, Paul, has authority in relationship to another, a Corinthian, that is not oppressive. But a husband having authority to care for a wife, or a masculine elder for a sister, being situations that are not oppressive escapes her imagination. The statement that “in Christ there is…no male and female” clearly does not obliterate all distinctions, as Paul makes clear in several places (e.g., 1Ti 2:8-15, 1Ti 3:8-12). And though she acknowledges Ephesians as Paul’s letter, she avoids Eph 5 in her discussion of headship.

More could be argued, but I wanted in this already overly long post to provide an idea of what to expect from the academy in the years to come. The 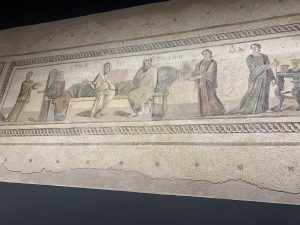 scholar continues this deconstruction in her following books (Eph 5? Just elevating women from subjugation in Roman culture: Husbands: love them. Wives: well, don’t do much of anything. 1Pe 3? Peter is just cleverly the using social order to subvert it, to instruct husbands.). Because she misses how gender is about relationship, Dr. Peppiatt ends up arguing the typical one-sided compulsions, to which those who write on gender are typically subject, not addressing the needs and callings of both men and women as the Biblical text does. 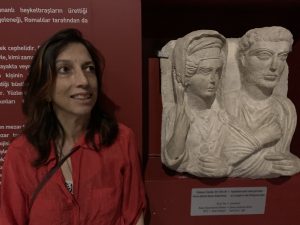 Those of us who disagree with Dr. Peppiatt, and are rooting for the wisdom of Paul’s words to win intimacy and fruitfulness, may take comfort in this one thing. This new approach (Peppiatt can only trace the argument back to 1987, and counts a total of three commentators who argue it, pp66-67) will not persuade people outside of the academy. Scholars, in their thirst for exploration and the uncovering of new truth, develop an extraordinary capacity to countenance even outlandish ideas. In their important work—and it is important work—it is one of the hazards of the job. But the rest of us ordinary Bible readers will find ourselves hard pressed to believe that a passage we are reading is saying the exact opposite of what it is saying. And that we should do this, as Dr. Peppiatt says, “with no textual markers,” is not going to persuade many outside these scholars’ circles. Thankfully, this will not play in Peoria.

The word stands, to lead us to in the way of intimacy and fruitfulness.