Domestic abuse is a sad feature of our marriage world, and it has been for as far back as the Biblical record goes (Gen 3:16). Good counsel about it from a Christian perspective comes from CCEF model-inspired books like Chris Moles, The Heart of Domestic Abuse (2015), for helping the abuser, and 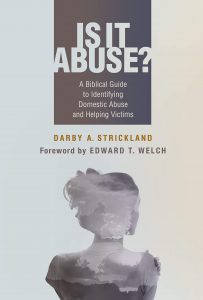 Darby Strickland, Is It Abuse (2020), for helping the victim. Books like these help us distinguish abuse from a normal marriage problem, which it is not.

We must be careful, however, in how we speak of the issue in the church, neither to over-estimate its prevalence nor to misstate its cause. A common misperception is that in the church, abuse is just as prevalent as outside because of outmoded Christian doctrine on gender distinction. Here, Ms. Strickland for example, in her otherwise excellent book, does us a disservice.  Apparently to help us esteem the subject as sufficiently important, she overstates the case in her opening chapter. After a confusing and misdirecting paragraph about prevalence, she ends up concluding “the statistics [on domestic abuse] are the same inside our churches as outside them.” 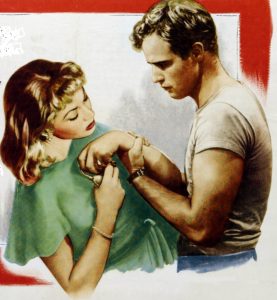 Her evidence for such a statement is weak (e.g., “people believe…”) and she is inconsistent. Even the study she quotes does not prove what she concludes. The sample size is 500 religious leaders over the course of 15 years. The number of pastors in the cohort is unknown. Still, “9.3% of pastors have counseled five or more abused women in the past year.” This would mean, of course, that over 90% of their sampling that were pastors have had a different experience. Not a very meaningful fact. The same report says: “83.2% of pastors have counseled at least one abused woman.” Where did this one woman come to the pastor from? Inside the church or out? Where are these pastors ministering? The other numbers they report indicate that their cohort is weighted to pastors oriented toward addressing this problem. How many ministry years are represented among these pastors? If, in 30 years of ministry, I have counseled only one abused woman, that doesn’t suggest anything near the problem that Ms. Strickland wants to claim is there.

Strickland’s claim, that the “statistics are the same inside our churches as outside” is not only unsubstantiated. It is false. Much more reliable is the data 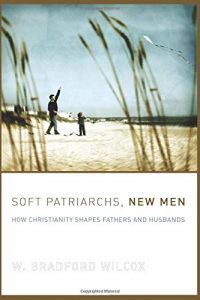 presented, and recently re-affirmed, by Brad Wilcox, whose great 2004 book Strickland recommends in the back as a research resource. Wilcox found women married to churchgoing evangelical men report “highest levels of happiness” compared to any other groups. In fact, churchgoing evangelical Protestant husbands are the least likely to be engaged in abusive behavior than other groupings by a significant margin.  I’m all for calling out the church on bad or even hypocritical behavior, but  misrepresentation of the church doesn’t help. Especially when it is just the opposite: Christian churchgoing and sound doctrine actually helps men steer clear of violence.

The inaccuracy is damaging. Such misreporting results in headlines like this one from the Australian press: Evangelical churches believe men should control women. That’s why they breed domestic violence. The article states:

In other words, we don’t really have evidence that Christian doctrine breeds domestic violence, but we think that that idea should be true and would really like it to be true. 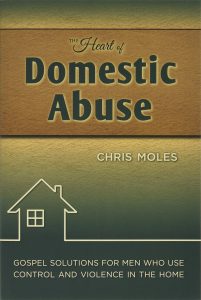 This also seems to be the message promoted by the, again otherwise excellent, Christianity Today podcast, The Rise and Fall of Mars Hill. The idea suggested by some interviewees is that teaching gender distinction in marriage creates abusers.

Rather, just the opposite of what happens.

What do I mean when I say, “just the opposite”? Even in what was supposed to be the patriarchal oppressive milieu of Old Testament Law, in the cases of a woman’s actual adultery (Deuteronomy 22:22-24) or even suspected unfaithfulness (Numbers 5:11-31), the law forbade a husband from punishing his wife. Justice was taken out of his hands completely, thus prohibiting the possibility of spousal abuse. Rather, it is the destruction of Biblical gender that increases the prevalence of abuse. This is because a man who feels his call to responsibility for a woman knows he must learn crucify his flesh for her. He goes in the other direction from violence. A man who has securing the close women in his life as front and center of his identity as a man will make sure that they are safe from abuses of power. Take this man-shaped Christlikeness away from a man and it leaves him to the brutish nature. He is much less likely to cooperate with the Holy Spirit’s sanctification. The old man reigns. Yes, it’s just the opposite of the headlines. 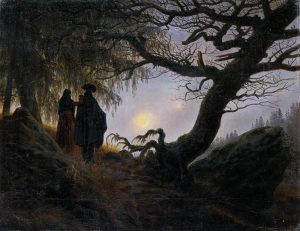 Much more sound, and helpful, is the call of Strickland and Moles (and frankly, anybody who writes on domestic abuse) to the church to start helping in abuse cases where we often do not. A legitimate case can be made for that need. Sometimes churches are clueless about how to help.

And let us be glad that the church can help in this sad reality of increasing abuse prevalence.