This coming week, my new book will—at last—go on sale. It is called, Dating with Discernment: 12 Questions to Make a Lasting Marriage, and will help single people to date in a way that leads to a good marriage. In anticipation of this long awaited release, I am posting an excerpt here. In the main chapters, I divide up the counsel I give to men and women, specifically addressing guys for half of each chapter, and gals for the other half. In this section to the guy readers, I am trying to help men to appreciate women for their unique contributions to a relationship:

…As Eowyn (of The Lord of the Rings) showed, certain victories are only achieved 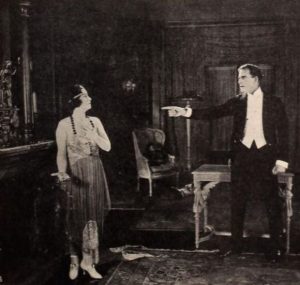 through a woman. I began to understand this when, early in our marriage, Mary K. and I had to get up early on an October Sunday and drive to a friend’s wedding. I want to make it clear that I am not the kind of person who loses things or locks my keys in the car, but that morning it happened. I had brought some things down from our Brooklyn apartment to load the car, and, just as I closed the door, I realized that I had left the only keys to it inside. It was a very secure car. I returned to the apartment angrily contemplating how much I was going to have to pay a locksmith, if I could even find one at this hour, to come open the car for us, and how late this was going to make us. We were scheduled to play a part in the wedding; we couldn’t spare a moment. As I, muttering, pulled a phone book off the shelf, Mary K. asked what was wrong. When I told her, she shrugged like it was no problem; she could get us off in no time. I asked how she could possibly do this. She explained that when she locks her keys in the car (which apparently happened all the time), all she has to do is get a wire hanger, bend it, and then go down and stick it in the side of the window and stand there wiggling it around, like she is trying to open the door. Within ten minutes, she explained, a random guy driving by will stop, get out, and open the door for her with some kind of tool. It would be a different guy each time. 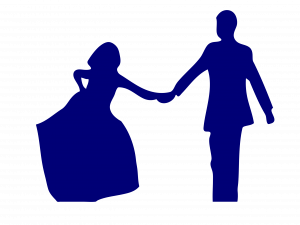 I stood there for a few seconds staring at her in disbelief. Then I brusquely informed her that we could not fool around with such ridiculous tactics when we had a wedding to get to. We couldn’t rely on some hope-for-the-best kind of attitude. We had to get it done the right way. So, I went back to getting it done the right way with the phone book, calling locksmiths that weren’t open.

Meanwhile, Mary K. took a hanger, bent it, and quietly went downstairs. I am telling you the honest truth when I say that it wasn’t ten minutes. It wasn’t seven minutes. It wasn’t even five minutes. In less than three minutes, early on a Sunday morning, in a quiet corner of Brooklyn, a car came by and stopped next to my wife fiddling with a hanger in our car window. A guy got out of the car and opened the door for her with some kind of tool.

On that fateful Sunday morning, as I stood there by the car, it began to dawn on me that there were vast stretches of the universe that I could not fathom and yet to which my wife had access. We got to the wedding. No charge. On time. Mary K. was Eowyn, standing before the Nazgul, saying, “No living man am I.”

On another October day, the evening of October 12, 539 B.C., to be exact, a similar fateful transaction of feminine singularity went down. Whatever his foibles and 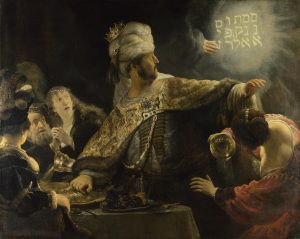 failings, the last ruler of the Babylonian Empire knew how to choose a wife. King Belshazzar was the one on the throne when Cyrus’s general and the Persian army invaded and conquered Babylon. On that fateful October day, the unwitting king threw a party, which the Bible and other sources describe (Daniel 5). God tried to warn him, but the king couldn’t understand the warning. He tried via all his advisors to do it “the right way,” all to no avail. The only one who could help, it turns out, was the queen. At last, she enters the banquet hall and speaks. Only the queen could solve the problem by calling on the long-forgotten interpreter Daniel. She was the king’s last hope for averting disaster, but he was too foolish to see it. I have often thought of Belshazzar’s queen while about to tell my wife how to do it “the right way.” The Babylonian event just goes to show that, if ignored, a woman’s singular saving power is to no avail. But that won’t be you. Find a woman of substance. Sometimes, she is the only one with the answer…

The book is being published by Cruciform Press, available on the Westminster Seminary Bookstore website, and is slated to appear this coming week on Amazon. I will update this post on other venues that become available.

I hope that this work can be helpful to you if you wish to date or know someone who does.