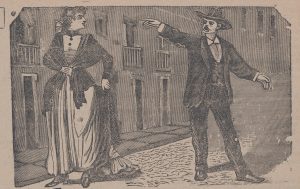 “When Mamma Ain’t Happy, Nobody’s Happy.” That is what my fellow elder said to me many years ago. I found the expression abhorrent. It describes how a wife, when her will or opinion is defied, has ways of making a husband’s life miserable until she gets her way. I didn’t disagree with the condition as common in marriages. Its prevalence has made the expression an aphorism and it draws a smile of recognition whenever it is spoken. The saying actually appears in the Bible, in another form: Proverbs 21:9, 25:4 (twice!). Yes, it is all too common in marriages. But I objected to how this elder, an older, supposedly wise shepherd, was speaking this saying to justify dropping a matter of rather bad behavior of a man in a church. Don’t stand against this action, he advised, for the man’s wife is for it. And she knew how to make everyone’s life miserable.

But the Bible’s recognition of the dynamic is not a call to a husband to therefore yield to a wife’s wrong opinion. Instead such times are a call to a husband to stand for what he sees as right regardless of domestic consequences. A lot of guys have trouble with this, even if they believe their wives to be wrong. She might scream or she might softly manipulate. Eventually he is trained to follow the path of least resistance.

Instead, consider righteous Job. Job’s wife says to him, “Curse God and die” (Job 2:9). She is an important figure in the tragic story. It was tough. She had just lost her status in society through the disintegration of their property and, with equal suddenness, lost her children to catastrophe. So she weighs in on how they should interpret the matter and respond: “Curse God and die.” What often goes unnoticed is how Job rebukes her. “You speak as one of the foolish women would speak,” he retorts (v10). Job refuses to interpret life according to her words. Basically, he is telling her: stop speaking. Interestingly, Job’s wife, albeit a main character in the story, doesn’t speak again in the book. 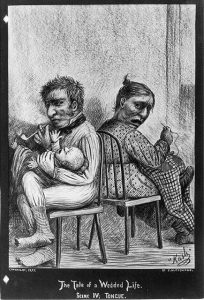 This means, however, added trouble to the already suffering man. Later, Job talks to his friend, Bildad, about how he has become repulsive to his wife. She won’t even tolerate his breath (Job 19:17). In other words, she will not allow him to come close to her. Figure out the meaning there. But Job held to the decision to defy her and her counsel. He would not take her view, or allow their actions to proceed upon it, come what may.

If you are a husband, you must be able to ride out the storm of your wife’s wrath. It is what it means to bear authority. When husbands do not restrain the words of their wives, the consequences are usually disastrous, and not just for their families, but for all those standing nearby. There is the time when you must be able to refuse the fruit she offers.

Yet when a husband learns to bear this test, the situation is transformed. Job explains to Bildad what is happening in his marriage in chapter 19, right before a critical moment. As he stands in this decision, the sufferer arrives at his crucial life understanding, then uttering the most important line in the book: “I know that my Redeemer lives…” (v25). Not coincidental. 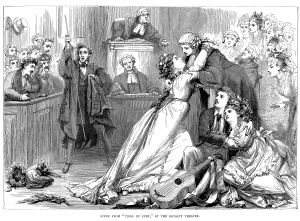 Not only that, a wife will often be profoundly affected by a husband who can and will defy her for what he believes is right.  Things weren’t over for Job. He has more children, seven sons and three daughters, in fact (Job 42:13). That fact not only tells us about Job’s health. It also tells us about his wife and the health of their relationship. It tells us that he came to be received into her bed again, as their relationship deepened through his stand for insisting on God’s way.

Can you defy her?