Today we welcome a guest author, a New York City friend of mine whose ears are still ringing from the weekend… 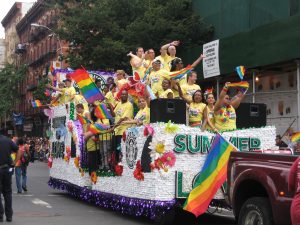 LGBTQ Pride Weekend in New York City – or “Hurricane Pride” as I have come to think of it – has come and gone for another year.

In its aftermath, I am responding to an invitation from Pastor Sam to share a few thoughts about the parade, as one whom he pastored for more than a decade here in NYC.  My name is Peter and I once marched in some of those parades (as well as two Marches on Washington) during what I call “my former life,” when I openly self-identified as gay from my mid-20s to early 40s, beginning in the early 1980s.

For nearly ten years now I have been serving as lay leader of a discipleship ministry founded by Pastor Sam, for men and for women to renew mind and spirit over unwanted same-sex attractions.  It goes by the name of Higher Ground  and is based in Manhattan’s West Village gayborhood.

One of my memories from those past parades was how LOUD they were.  This was, and remains, partly their purpose: to project an 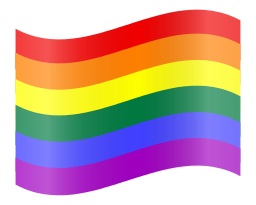 intimidating aura of power and — let’s be honest — to ROAR an implied exhortation to questioning youth, “If in doubt, just come out!” That in turn reminds me of I Peter 5:8, “Be sober-minded; be watchful. Your adversary the devil prowls around like a roaring lion, seeking someone to devour.”

As I was walking home from church on Sunday, I paused to look on for a little while at the parade (which was still LOUD) – long enough for several politicians who are ardent supporters of monogendered marriage and all else LGBTQ to pass by. These included our formerly-married governor alongside his current longtime live-in lady friend. I guess he is not advocating for marriage in his own life. Also in attendance was our mayor alongside his formerly lesbian-identified wife. I guess she wasn’t born that way.

Add to that all the rainbow-themed window displays in businesses throughout the city, and one might wonder if the whole world has gone gay, or at least gay-affirming.   I guess your activism has arrived when street vendors are hawking LGBTQ kitsch from almost every corner. 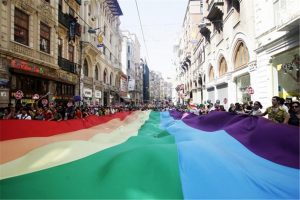 But as I saw the revelers surge by, I wondered to myself: how many of them, like me, will eventually realize that Pride does not deliver on its shiny promises? How many, like I did, want to find a way out and are open to a Gospel-grounded alternative?

A leader in the redemptive ministry movement for those taking that step out from homosexuality, Andrew Comiskey, said at a day conference in NYC earlier this year, “They’re gonna come home.”

Time will tell, but I believe that too.  At least some will.  We’re seeing early signs of that in Higher Ground, such as one participant in our men’s group who was once legally same-sex married, and is now legally same-sex divorced — and walking again with Jesus as the true lover of his soul.

They’re gonna come home.  When they do, I pray for God to equip enough of us to be ready and stay steady to welcome them back with LOUD rejoicing to their Heavenly Father’s house. And to walk with them from there, in their discovery of more and more of God’s best for their lives.

Can you be one of these equipped to welcome?