Last week, two Wisconsin citizens sued their state Department of Health Services for not covering their sex-change operations under Medicaid. You might be surprised to know that currently, 18 states cover sex change surgery under Medicaid. 10 states do not, including Wisconsin, hence the law suit. (The remaining states aren’t sure what to do). The Wisconsin suit plaintifs stated that science backs them up, that, indeed, medical professionals consider sex change safe and the only effective treatment of gender dysphoria. So we return again to the science of the thing.

Last week also, I began a critique of the “science” cited by one group of these medical professionals, the studies justifying the Endocrine Society Position Statement calling for more and more sex change operations, insurance covered, of course. As I noted, their statement promises, “considerable scientific evidence has emerged demonstrating a durable biological element underlying gender identity.” This confident statement is based primarily on the two studies, Saraswat A, et al. “Evidence Supporting the Biologic Nature of Gender Identity.” Endocr Pract. 2015 Feb;21(2): 199-204 and Rosenthal S M. “Approach to the Patient: Transgender Youth: Endocrine Considerations” J Clin Endocrinol Metab. 2014 Dec; 99(12):4379-89. Let me continue to review the “science” that is supposed to justify making Medicaid and other insurance pay for sex changes. There are two more areas of study that the Endocrine Society claims support a biological basis for ‘gender identity’ apart from one’s sex.

One was the area of Neuroanatomical Differences. What do brains show? 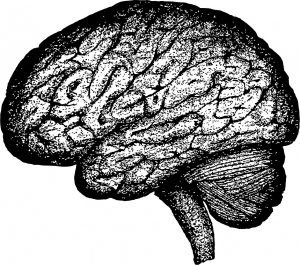 Well, grey matter studies of subcortical structures in male-to-female (MTF) transgender individuals (as measured by bed nucleus of the stria terminalis (BSTc), size and neuron numbers) show these brains to be “feminized,” that is, more like a woman’s grey mater. So…transgenderism shows up in the brain. No big surprise there. But the studies cited are on a small number of MTF transgender brains, some of whom had done hormones or surgery. And the results about putamen volume are contradictory.

There is the theory that transgenderism originates in a baby’s brain development in the womb (as per Swaab, 2007), since fetal sexual organs develop before sexual differentiation in the brain). The idea is that the brain could develop differently than the organs. But this is a confusion of cause. The post-mortem brain studies cited are not proof of an inalienable or inherent, contrary-to-chromosome gender identity. Why? Because the brain changes through our lives. It can be shaped by hormones, including female sex-change hormones, but also even by our attitudes and behavior. The remarkable human brain has plasticity.

For example, Saraswat-Safer state (p7) that many transgender individuals have feelings of gender dysphoria in childhood. For most who have them, these feelings go away. On the other hand, “Chung et al, 2002, reported that sexual dimorphism in the BSTc did not develop until adulthood.” Why this talk of development of a brain pattern of transgenderism? Because our brains change and we can change our brains. This understanding is much better at explaining the diverse data than the hypothesis of a fixed and unalterable biological gender identity.

One fascinating line of experiments, Berglund et. al. (Cereb Cortex, 2008), tested smelling. Some compounds activate the hypothalamic networks in a sex differentiated way. So it was very clever (and fun, I’ll bet!) to compare the smelling of MTF transfolks to the sniffing of women. But even the two studies that excluded hormone-treated transgender individuals (Zubiaurre et al., Cereb Cortex, 2013, and Simon et al., PLoSOne, 2013), while valuable in showing the serious reality of gender dysphoria, still just indicate association, not cause. Maybe the cortical thickness (CTh) was there originally, but it could also be there like a wagon wheel track deepened by reinforcement. 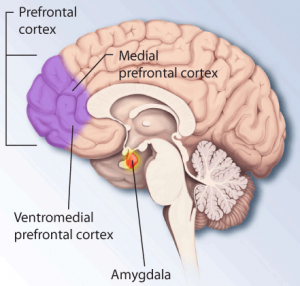 Similarly, the white matter studies are ambiguous, unless you were looking for what you wanted to find. Emory et al., 1991, Archive of Sexual Behavior found no difference in transgender folks. Later studies contradicted.

With all of this using of brain studies to try to show an independent gender identity, the Endocrine Society falls into the Coexistence Vs. Cause fallacy. The presence of brain features does not mean that these things explain transgender identity. They could simply coexist. As the cited Simon, 2013 study sensibly puts it at the end of their paper, we need further clarification on “…how disturbed gender identity affect[s] brain structure and functions.” In other words, it is not necessarily the other way around.

Finally, there is the evidence of Steroid Hormone Genetics. 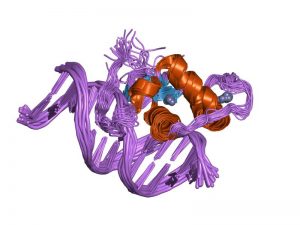 “Select genes have been associated with transgender identity,” says Saraswat et al, p10. What? The authors had better be careful with statements like this. The new science is full of gene cause proclamations later proven not to be. The correlations first hoped for are just not there, especially in the area of sexuality. Consider the long long history of the embarrassing search for the gene for homosexuality. So I was relieved to read them later admitting “Studies to date on this topic…have been contradictory.” (p11). Whew! Thank you for acknowledging that. The Rosenthal study, the other major study relied upon, was much more responsible: “With respect to specific genes, association studies with transsexualism have been inconsistent and lacking strong statistical significance” (p4383). Yup.

Even so, let’s just say, for the sake of argument, a mutation in, say, the CYP17 gene for enzyme production, caused lower testosterone production in a man and, consequently, lessened that man’s sense that he fits in with other men. Sure. That could happen. But that is a far cry from implying an independent gender identity construct in that man, or that it is good to consign him to it, and that, dog gone it, Medicaid should pay for it!

So, in short, while I appreciate the Endocrine Society’s survey studies’ compilations, they do not show what is claimed. Saraswat’s Table 1 description (p14) is more judicious than the conclusion of their abstract, expressing associations while admitting no demonstration of mechanism and therefore cause. Somebody in the Endocrine Society should be reading with more discernment.

Rosenthal states: “Gender identity is not simply a psychosocial construct, but likely reflects a complex interplay of biological, environmental, and cultural factors.” Yes. But I would add that this is true of most if not all psychological disorders. Biology may contributes, along with cultural interaction, but those circumstances alone do not tell us what it is or how to care for people with it. 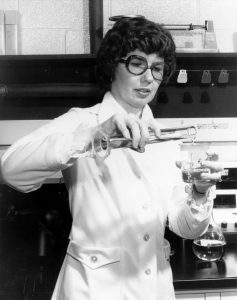 What this scientific data does do is re-inforce what the gender dysphoric tell us, that the gender struggle for some is deep. Some men have a difficult burden in affirming or embracing being men and some women have trouble believing that they are women.

In my experience in care, I have found that examining our false definitions of gender and how we wrongly look at ourselves helps people who feel that they have the wrong body. I want to encourage those who don’t want to transition that there is another way.