Today, we take up a reader question:

“You have talked about what it means for us to be made in God’s image, and that our being made male and female is an important part of that.  Yet being male and female isn’t unique to humans, but is found throughout creation, including in plants and flowers.  My initial thoughts are that God’s relationship within Himself could also be reflected in other parts of what He has made, and that the human gift of gender goes far beyond just maleness and femaleness, but I would like to know your thoughts.”

Thank you for your great question and let me say that I think that you have nailed it well in your answer. Here are two thoughts to just fill

out what you’ve just said. These two things can help us understand our uniqueness: the meaning of animals and the difference between sex and gender.

Let me start with a guy named Vern Poythress. He speaks of animals as analogies of Divine and then human traits. He likes using the word, “homology” (likeness in idea or structure), to talk about how God reveals Himself in his creatures. Never exhaustively, of course, but helpfully. Animal calls and bees dancing reflect human language in a limited way so they help us understand ourselves and our difference from them. So they help us recognize the importance of human speech in the plan of God. In fact, if anybody out there has a high-schooler taking biology, especially if he or she is bored by it, I’d urge you to get Dr. Poythress’ book, Redeeming Science (2006), and read the chapter on biology. If possible, do it with your child. He suggests a brilliant way that biology could be studied, where animals become delightful but limited lessons about God. And God started very early making plurality in fruitfulness, a.k.a. sexual differentiation, important.

People today skirt back and forth between sex and gender without a clear idea of either. It is amazing how far people can go in discussing something without ever having a clear definition for it.

God created all these in different ways in animals before He got to humanity. But when God breathed the breath of life into the sexually male body of Adam, and he became a living soul or nephesh (Genesis 2:7), something new happened on the earth. Creation deepened. The image of God was bestowed in, on, and through a physical body. From this comes gender, what I tend to call the Masculine-Feminine. It is a little confusing, because the Bible in the beginning calls this “male and female,” what people normally use to refer just to the body. But those terms are first introduced in reference to God making people (Genesis 1:27). So I believe that, when applied to people, the Biblical authors are using these terms to mean Masculine-Feminine. 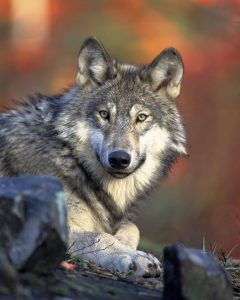 Looked at from the progression of the days of creation, body sex (Male-Female) was the platform of gender (Masculine-Feminine). God developed it to support the wonderful gift of God’s relationship-oriented Image. But looked at from the meaning of each individual person, sex is the expression of that person’s gender. It is a sign given to point us to the nature and call of our relational souls.

So to what does these two thoughts lead us? To our unique nature and responsibility. It means that we share Male-Femaleness with the animals, as they reflect God’s internal distinction in a very limited way. Just as they reflect other good characteristics of God and His image-bearers in a limited way. When the emperor penguins stand over their eggs in the freezing cold, or the gray wolf returns to his sexual partner, they are showing us a limited analogy of the purpose of God. But animals do not, and cannot, share with us the call and meaning of gender in 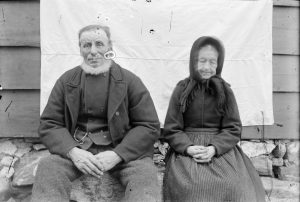 relationship. The birds and the bees remain only birds and bees.

That gift is for us to enjoy, explore and rejoice in.