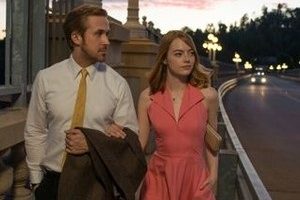 The mesmerizing movie, La La Land, which came out at the end of last year and went on to win many awards in the last few months, tells a story that often happens. A young girl moves to Los Angeles or New York to make it, begins sleeping with a musician, and then has her heart broken. However it is told by way of reviving the genre of movie musical in a highly sophisticated and technically stunning manner.

But certain realities are skipped over which would make the movie make sense. Like how cohabitation outside the life-long commitment of marriage will scar you. This is because sex is a glue and breaking up after living with someone tears you. When you leave, you leave a big piece of yourself behind. People going through this the first time know it. After the second or third person, they just stop caring about it.

One can easily visualize the writer’s pitch to the producers around a table to bring La La Land into being—I know creative people like this. He says, “Hey, let’s bring back the musical genre from sixty years ago but set today.” “Set today” means without all that morality stuff such as chastity before marriage or a difference between how the genders love each other. The result is a musical that cannot feel like a musical. Or as Candice Frederick of Reel Talk Online, wonderfully put it, “I do hand it to [writer-director] Chazelle for creating a west coast version of a Woody Allen film–complete with nostalgia, neurosis, and creative desperation (along with truly glorious shots of the city).”

The nostalgia is there, brilliantly staged, as Mia (Emma Stone) and Sebastian (Ryan Gosling) float along. And the movie works, as the old musicals did, yet only to the degree that they act or dance genderly towards one another. Sometimes gender is evoked by the slightest gesture of award-deserving Emma Stone.

But the attempt at a story arc with a logical dilemma for this couple fails because of the modern set. Why is there any problem with them staying together when she goes off to film a movie in Paris? With the kind of money he now is, and she soon will be, making, why couldn’t he fly to France for the weekends? Haven’t they heard of the internet? There is no discernible reason for these two, who seem custom made for each other, to cut off the relationship? But then there has been no commitment made to hold them together.

Which allows us to pinpoint the big moment of gender failure in the film. At one point, Mia looks to Sebastian for direction. “Where are we?” she asks, speaking of the relationship. Being a modern man, and so feeling no responsibility to lead in their mission, he answers, “I don’t know.” “So what are we going to do now?” she asks. He doesn’t know that either, and feels no responsibility to pursue her. He feels no gendered obligation, even after taking her body.

So I suppose, the message one could walk away with, though not the movie-makers’ intent, is just that: Go ahead and pursue your separate careers above all else. Don’t let any relationship limit your dreams. And you will lose the love your life that would make your careers worth it.