Wait, you say, what is this about? I read this blog for gender issues. What business does a post about Roman Catholicism have being here? I’ll tell you. It has a lot to do with gender issues, and with what God is teaching His church in our day. Hear me out.

I grew up Roman Catholic, attending mass weekly with my mother for seventeen years. I was not a believer, and when I converted to Christ as a teenager, I did not end up choosing Catholicism as my way to follow Christ, much to my mother’s disappointment. Long after I was married and even after I became a Presbyterian pastor, my mom would remind me that there is a special dispensation to allow for married ministers who convert from Protestantism. The ministers can remain married and keep their families as Catholic priests. Did you know that? Kind of like an incentive plan, I guess. Didn’t sway me.

I am a child of the Reformation, with convictions forged through many hours of study and prayer. But I have also come to see with age how even doctrines with which I disagree often have a reason for them, and a reason other believers hold to them.

Even if we don’t think about it much, God is doing serious work in branches of the church that differ from our own. Jesus has His believers everywhere, and we commit an error akin to that of Elijah if we start to think that our theological tradition is the only real one left (1Kings 9:9-18). And, once in a while, God brings those branches together to show their need of each other.

This is true of understanding gender in our time.  On an issue this big, no one theological perspective grasps the whole of it. One can see how different branches of Christ’s church might be needed to comprehend its length and breadth.

In the mid-1900s, two of the most influential theologians of that century were working independently on comprehensive theologies. One of them was Karl Barth. The other was Pope John Paul II. Church Dogmatics (Barth) and Theology of the Body (John Paul) were among the first to really take seriously how gender comes from being made in God’s image, how relationship is what makes us human. I find it fascinating how this was happening on both sides of the aisle in the same period of history. 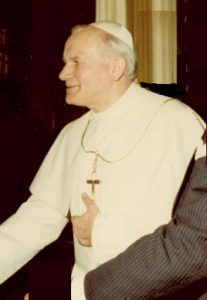 You know, it is possible to acknowledge these theologians’ contributions without adopting everything they say. In fact, I find fault with a lot in Karl Barth. But I highly recommend both of them for some of their insights on gender.

The Protestant needs the Catholic because of Roman Catholicism’s rich tradition of sacrament, symbol and emphasis on Christ’s physical body. I believe it is that richness that allowed John Paul to explain the beauty of our physical bodies, how they make the invisible visible. In one of his important points, this pope tells the church why our gendered bodies are not arbitrary but necessary teachers about the soul and about God.

Unfortunately, John Paul’s Theology of the Body is very long and almost incomprehensible (a lot like Barth’s Church Dogmatics). Theologians tend to develop specialized terminology that takes training to understand, and they are often too smart to be good teachers. They need others with other gifts to help make their work accessible….

…Enter Christopher West, a skillful and delightful teacher who has devoted his life to popularizing John Paul II’s work. You can find out about his work here. You can also read one his great books, such as Fill These Hearts, which gives a truly Christian treatment of sexual desire.

Next time, as a special treat for AffirmingGender readers, Mr. West will write us a guest post. 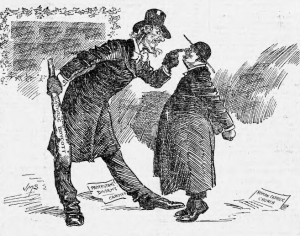 Until then, can you reach across the aisle…?