About a year ago, I wrote an article for World Magazine called, “The Tragedy of Transgenderism.” I encourage you to review the short piece, written to introduce people to the oncoming phenomenon of gender distress and self-chosen identities I knew we would witness. What strikes me in re-reading the article is how the official incidence of gender dysphoria I cited now seems quite low compared to what we are seeing.

reviewing my sources, were not from DSM-5 (Diagnostic and Statistical Manual of Mental Disorders) as I stated, but from a study done in the American Journal of Public Health on Veterans (2013), and earlier studies from the Netherlands and Belgium. But the DSM-5 figures on incidence of gender dysphoria are not so different: more like 1 in 7,150 to 20,000 adult men and 1 in 33,000 to 50,000 adult women. These rates are lower but come along with a disclaimer from DSM-5 that they might be underestimates.

“Might be” today should be “certainly are.” Granted these numbers were for adults, but the children are following the adults. Chances are, no matter where you live, there is at least one case in your local school of a trans-kid battling the rest room or wrestling rules (and probably several). Is anybody seeing what this rapid rise implies?

The percentage of people experiencing inner alienation is making a massive climb before our very eyes. Far more children than ever before, encouraged by parents and school administrators, are feeling like they are trapped in the wrong body. What has obviously occurred is that the common gender questioning of many children as they cry out for guidance on their identities is being amplified into a medical diagnosis. 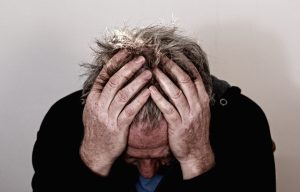 arguments in the Gloucester County School Board v. G.G. (Virginia high school bathroom) case. So the issue will remain pressing.

This culture-induced condition of inner gender conflict was entirely predictable from the Supreme Court decision to legalize monogendered marriage. Why? Because—please say it with me now—when you lose gender in relationship, you lose gender.

The tragedy of transgenderism deepens.

Do you know a trans-kid case near you?