Aimee Byrd, aka the Housewife Theologian, gave my book a review in 2017 on the Alliance of Confessing 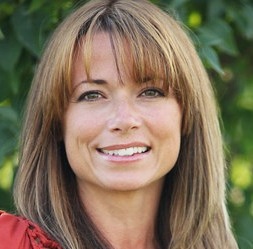 I responded to some concerns she raised in a previous post (Part 1), and continue that walk in the woods here, hopefully helping us through some thickets. One thing I know: I haven’t yet arrived at the fullest understanding of God’s gift of gender. No doubt I have more to appreciate in understanding the Bible on this important matter. But perhaps I can pull back some thorns on my path to help those with similar concerns walk through …

Ms. Byrd is not comfortable, as she says at a number of points, with how enGendered expresses the asymmetries of gender, namely, at categorizing Bible’s illustrations of gender in terms of the three asymmetries arising from the creation narrative. As she puts it, “it was continually disappointing to have all this filed under giving rest and prerogative to the man…”

But that was the point. My whole program was to hold ruthlessly to the Apostle Paul’s categories in his reading of Genesis 2. When Christian writers on gender do not do this, they inevitably degenerate into a view of reading the Bible in light of “the way my husband and I act” or “the way our family always did it.” Most complaints about Christian writings on the subject, too often valid, speak to how the interpretations go off on their own experiences and depart from the Biblical texts. I would not do that in this book. Maybe our ways are what God is after and maybe they are not. Our relationship experiences are important, but it is critical to read them in light of Scripture as the norm, rather than vice-versa. I must insist on sticking to Paul’s Genesis categories to counsel people soundly, rather than just what I like.

Yet I do not find this interpretive key to be a disadvantage. Rather, it opens up the riches of gender wisdom for us in the Scriptures. At least it did for me. Two examples from Ms. Byrd’s review may suffice to show how.

A first example of Paul’s help can be found in the great Jael in Judges. Ms. Byrd asks if I am right to characterize Jael (who killed General Sisera in Judges 4) as giving rest to or homemaking for Israel, when she could be interpreted just as easily as doing other things. Two things to remember here:

First, the account drips with irony about domesticity and making a home and giving rest. Mighty Jael does all that she does while staying at her tent. The author writes to make us roar with laughter thinking of this battle being won by a woman “whose place is in kitchen.” Her whole coup is to ostensibly provide rest, indeed “a home,” to this general, soothing him to sleep with her milk and comfort.  Then the irony reaches its pinnacle as she kills him with her domestic tools of the home! If we read with this literary sensitivity, yes, the irony is that she is really giving rest to Israel, not Sisera, as the text explicitly states (Judges 5:31).

Second, Jael did a lot of things in making up for Barak’s failure of faith. She could be characterized and categorized in numerous ways. But the author tells us that Jael is to be compared in her womanliness with Barak in his failure (Judges 4:9). So I contend that, if we are talking about gender, it is best to look at her, and all people in the Bible, through the genderly lens of Paul’s exegesis of Genesis 2. When she kills the general and wins the war, she is being a warrior. But that is not her genderly action, and not what advances her relationship with the covenant community. It was that in doing what she did, she brought rest. Thus she accomplished her famous feat in a feminine manner. Or, as Deborah put it, Jael was, “of tent-dwelling women most blessed.” 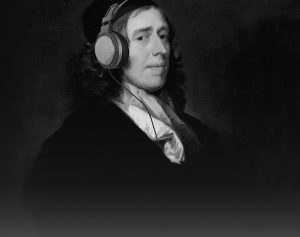 Another example from the review shows how holding to Paul’s categories keeps us on track about the meaning of the gift and prevents slipping back into our usual reckoning of gender in independent terms. Ms. Byrd gives her preferred take on the Hebrew word, ezer, usually translated ‘helper’ from Genesis 2:18-22. This word expresses half of what I call the asymmetry of intent, or God’s distinct purposes for men and women in relationship. The narrative explicitly tells us why, for His mission, God created each gender: the man, to till the garden (v15) and the woman to be a helper to the man (vv20-22), again, as the apostle Paul highlights (1Corinthians 11:9- woman for man, not man for woman).

Ms. Byrd prefers the translation of ezer as “necessary ally.”  “Ally” might seem okay as a translation, but as usually understood it does not speak to or inspire the intimacy to which God is calling us in our marriages and in the mission of the marriage. An ally calls to my mind a country, which may be across an ocean, whose interests overlap with mine enough to allow us to cooperate. But we each are still doing our own thing, for our own interests. I would not like for couples to adopt such an independent frame of mind by seeing themselves as simply allies. This loses that for which the gift has been given.

I hope these brief points show the path. Perhaps next time (Part 3) I can comment on what Ms. Byrd feared were actually dangerous parts of my writing, which she termed the “rattlesnakes.” We should heed carefully this serious warning.

To those listening in to this exchange, do you find the three categories of asymmetry (Order, Origin, and Intent) helpful or constraining?