People of a certain persuasion often refer to Acts 18 to argue that we should make no distinctions between women and men in the church or, at least, that women should authoritatively teach in the church. Consider the verses with me:

1 After this Paul left Athens and went to Corinth. 2 And he found a Jew named Aquila, a native of Pontus, recently come from Italy with his wife Priscilla, because Claudius had commanded all the Jews to leave Rome…

…24 Now a Jew named Apollos, a native of Alexandria, came to Ephesus. He was an eloquent man, competent in the Scriptures. 25 He had been instructed in the way of the Lord. And being fervent in spirit, he spoke and taught accurately the things concerning Jesus, though he knew only the baptism of John. 26 He began to speak boldly in the synagogue, but when Priscilla and Aquila heard him, they took him aside and explained to him the way of God more accurately. 27 And when he wished to cross to Achaia, the brothers encouraged him and wrote to the disciples to welcome him. When he arrived, he greatly helped those who through grace had believed, 28 for he powerfully refuted the Jews in public, showing by the Scriptures that the Christ was Jesus.

Acts 18 is the one place Priscilla enters the New Testament narrative, so it is not a lot to go on. She is also mentioned three times in Paul’s letters, but just among the greetings: Romans 16:3, 1Corinthians 16:19, 2Timothy 4:19. I invite you to read Acts 18 keeping the following in mind.

When Luke introduces Priscilla, in v2, note that he cites Aquila her husband 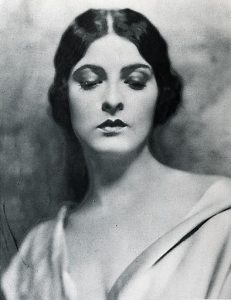 first, respectfully giving him the masculine representative role in the family. In fact Priscilla is never mentioned by Luke or Paul apart from her husband. To me, especially if she does have a prominent teaching place in this story, this conjoining to Aquila affirms the asymmetry of authority from Genesis, that the husband represents the couple.

She is named first the other two times in the chapter (v18 and v26), as I suggest, perhaps because she knew more than Aquila or had a more prominent role in correcting Apollos. But the fact that the Biblical author will only mention them together, and will only say that “they” took Apollos aside and corrected him (v26), rather than just “she,” considerably weakens the argument that no gender asymmetry is being promoted by the text.

The second important point is that Luke gives us no indication that Priscilla was out publicly teaching, or teaching men regularly in the church. I would expect that he would if she was, just as he does in describing Apollos’ ministry.

Acts 18 presents us with a strange situation, where Apollos, a godly and zealous teacher, was out publicly teaching and yet was ignorant of an important aspect of the faith, namely Christian baptism, and he had no oversight to inform him of it. Priscilla and Aquila needed to rise to the occasion.

The gender asymmetry of authority does not mean that a woman should never correct her husband on a point of doctrine, or a sister correct a brother, especially if he is ignorant about it. I am grateful when my wife corrects me on points if she can show me my error in the scriptures. Apparently Apollos was too. The Bible is the authority over both of us, even if I am called to retain certain prerogatives in the home. I feel the same about people who may correct me in my church.

What I would expect to see if women were being welcomed into an authoritative teaching position in the church would be a verse v26 that said something like, “And because she knew the way more accurately, Priscilla went out and preached in the synagogue,” or “she went out and taught in the church.” Of course it doesn’t say that. Instead we see—and this is what is usually missed—the sister promoting the brother to his calling, however she can. I find it much more helpful (and Biblical) to explain the actions of women in the Bible, when they limit themselves like this, in terms of the relationship to their brothers or husbands, rather than as an isolated injunction “Women can’t do this or that.” The point of women not taking certain authority in church contexts is to promote their guys.

The situation is analogous to the single woman missionaries who have greatly contributed to world evangelization (I recommend the excellent chapter on this in Ruth Tucker’s book on the history of missions, From Jerusalem to Irian Jaya). Beginning in the 1820s, single American women began going overseas and the numbers just grew and grew over the next century. You might call it (as R. Pierce Beaver has) the first feminist movement in North America. I think of it as an illustration of 1Corinthians 7:26-35.

We are all called to preach the gospel, and if someone is a woman and near a man who doesn’t know it, I would urge her to “teach” it to him. But missionaries who do the best work go on to form churches with indigenous leadership. I would hope that the missionaries, men or women, would then promote the masculine converts, now brothers, to take ongoing responsibility for the church. Much as Priscilla and Aquila did for Apollos.

I tried to capture this reading in the vignette of Priscilla and Apollos in the last post. Priscilla’s actions seem to me to perfectly illustrate the asymmetrical gender calling of order, as preached from the beginning.

What do you think of Priscilla?