It was in the campus air. Women’s Studies had begun as a field, laying a groundwork for Queer Theory in the 1990s. The people in the know would introduce it slowly, of course, to make sure it wasn’t completely abhorrent. It was the program to tear down the gender binary. 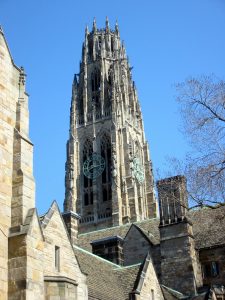 I noticed it in the women’s styles. Long hair was out. Wearing short hair as a girl was a statement. The style was not just easier to brush, but an attempt to cut off any sign that women differed from men.

There are several reasons for the destruction of gender, but this was one. The two camps of academic second wave feminism (1970s–1980s) were battling about whether to empower women by showing them to be capable of supposed masculine traits or to seek equality by valuing femininity and what women do, working to reconstruct society’s values to value what women are. Neither side won exactly, but the resulting synthesis was a program to obliterate any sense of difference between the genders.

Some women resisted the program. Feminist author-to-be Naomi Wolfe  was different, of course. Her incipient tendency to be a gadfly was evident even then, in her long, full, flowing, brunette mane, which she refused to cut. She was annoying people even then.

Later-to-be Secretary of State Hillary Clinton, had just left the law school seven years before, with her hair intact. But she learned there, as we were all learning, that baking cookies was sub-par—if you are a woman, that is. That a calling of making a home for a family was for losers. In the process, we were being taught to disdain our mothers for the stability they made in their homes for us, the stability from which we went on to our great achievements.

They were right about there not being a difference in scalp hair. Men and women’s hair both grow long unless it is cut. As the apostle Paul recognized so long ago (1Co 11:14-15), “the nature of things” in Roman culture gave women of that time glory in their hair, as in American culture of the previous decades. So whose hair is long or short is not a matter of gender.

And yet it was.

Because gender is about relationship, ultimately with the other gender. Shearing that cultural artifact was about defying a practice that expressed a complement to men. It didn’t matter whose hair was short, but it did matter that there was some cultural way of expressing difference. And that was the point. Difference was to be erased.

But gender is all about making a difference. That is why Paul instructs the Corinthians to use the cultural practice to express truth about gender in marriage (v16).  Erasing all distinction between women and men distances them from one another. And then follows the big mistake of believing that women’s problems can be solved without men, without reference to men, in spite of men.

But that will never happen. And that is why this blog exists. To call us in a better direction. For when you lose gender in relationship, you lose gender.