Mental illness professionals, along with our federal government, are now constantly assuring us that the drastic pharmaceutical and surgical measures inflicted on even young people who are disturbed about their bodies are scientifically confirmed and clinically effective. Yet actual evidence is sorely lacking. Is this unusual? What has been the history of this field allegedly dedicated to treating some of the most vulnerable among us, that is, those with various dysphorias? This is a question we ought answer, lest the fog of the present prevail as it has in the past. Sociologist Andrew Scull has done us a great service by chronicling of the dignified field of psychiatry in his new book, Desperate Remedies, called by the Wall Street Journal, “an indisputable masterpiece.” Here are just a few highlights… 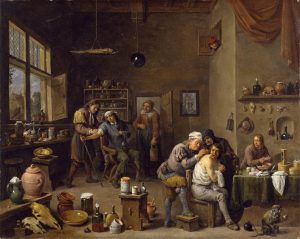 From 1870 to 1900, because of their unproven but arrogantly asserted theories, doctors of mental disorders believed they could cure mental disturbance in females by sexual surgery. So for three decades, in the wonderful new field of gynecology, doctors performed what were called “normal ovariotomies,” the removal of a woman’s healthy ovaries to address various psychological and emotional disorders. Thousands of these were carried out across the US, and on a smaller scale in Europe. (Many were done, in fact, right down the street in Norristown State Hospital of PA). Patients were assured that this was a scientifically proven procedure.

In 1909, California passed laws for the involuntary sterilization of those with psychological dysphorias. By 1921, the Sunshine State had done 2,000 of these sterilizations, 80% of all those done in the US. By the 1950s, the number done across the country reached over 23,000. Nazi Germany formulated their much larger sterilization program only after carefully studying California’s. Sterilization in response to dysphoria. Anything sound familiar about this? 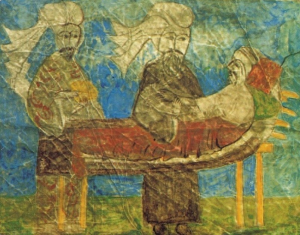 Under the leadership of Henry Cotton, because of the theory that mental illness was caused by the poisoning of the brain by sepsis from other parts of the body, a movement arose to remove patients’ tonsils and teeth. Beginning in 1916, the famous Trenton Asylum began these extractions and by very shoddy science claimed success. Soon this was followed by the removal of spleens, stomachs, colons and cervixes, often ignoring the protests of patients and their families. These operations debilitated people for the rest of their lives, if they even lived. After Cotton’s death, it came out that 44% of the thousands of Cotton’s patients died by this removal of their colons. When, finally, a rigorous study was done that showed these e had no beneficial effects whatsoever, the study was quickly suppressed by the institution and the most influential psychiatrists in the country. It was a business, supported by the elite. Anything about this sound familiar?

After World War I, many psychiatrists were convinced by claims that injecting mental patients with malaria brought relief from mental trouble, and this was carried on for several decades. It seems extraordinary what people will believe if the prestigious shout “science” loud enough. You may say, oh, but the medical establishment at large would never condone such a thing. But then, the doctor who pioneered this “treatment,” Julius Wagner-Jauregg, was awarded the 1927 Nobel Prize in medicine for it! 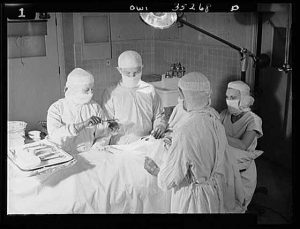 You may say, oh, well, these things happened in the olden days. They just didn’t know better then. But then, I leave out the truly horrifying—and horrifyingly recent—history, when the days were not so olden at all. The way to treat mental disturbance became electro-convulsive therapy, backed by the CIA. After that followed lobotomies, severing the frontal lobe of the brain. For this latter horror, again, its inventor, Egas Moniz, won the Nobel Prize. These were the preferred treatments just a few decades ago, until pharmaceuticals took over the world.

None of these procedures are used today.** Why? Because they do nothing but damage to healthy bodies. But they were once the mainstream in dealing with dysphorias, leaving a trail of mutilation, maiming, and death. Do you notice any similarities with psychological procedures promulgated across civilized society today?

As my wife succinctly summarized when surveying the field of transgender surgery, since when should we ever trust a doctor with a knife and a new idea?

**Correction:  A doctor friend of mine informed me that electro-convulsive therapy (ECT) is still sometimes used today to treat major depression. It is considered comparatively successful for medicine resistant severe depression. I was unaware of this, and it makes my statement in the article incorrect. But we should not take today’s narrow, modified practice to justify the abuses Scull documents, even into the 1960s: e.g., ECT’s indiscriminate application in mental wards, regardless of diagnosis, to pacify inmates, its intentional use to precipitate epileptic seizures and the ignored fractured spines in 40% of its recipients. It was aptly called, “annihilation therapy.”