I have a confession to make about myself, and I suppose it is appropriate to disclose it on this website.

From the time when I was very young, as young as one can be and have desires like this I guess, I have had certain desires that I was ashamed of. I got the impression early on that these strong, sometimes overwhelming desires, were not normal.

I gathered from various things said in church that these attractions I was feeling were bad. In fact, as I was growing up sometimes the minister would preach sermons 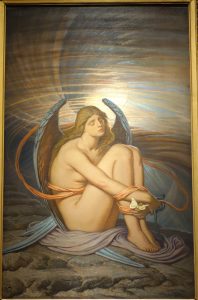 condemning these things I felt, and I remember being scared to death that someone might find out that he was really talking about me.

Some people say that this was a choice, but I know it wasn’t, because ever since I was very young, ever since I can remember, I’ve had these—what were called—un-natural, un-normal, un-holy desires.

Since I got the pretty clear message that what felt so natural to me was really wrong, I took time alone to escape into ideas that would give me pleasure. I entered into my own little world of fantasy. I didn’t tell anyone else about it.  But as I listened to guys around me sometimes talk about how bad people with my condition were, I often wondered whether life could ever work out for me.

Let me make it clear that I never asked for these desires.  In my later high school years, I spent a lot of time praying about it, begging God to take these desires away from me. They were just trouble,  pain and always interfering with living a life devoted to Him.

I wanted to follow Jesus. And I thought I was doing well for a while but then these desires would flare up again and mess it all up. It seemed like I couldn’t really be totally for God. I felt forever condemned to un-holiness. I remember one time getting very angry at God for cursing me with these attractions I didn’t ask for. Sometimes I just wanted to die.

The confession I have is this: For as long as I can remember, I have been attracted to women whom I wasn’t married to.

I have to admit that it is clear from the Bible that this orientation is bad, that the desires themselves are wrong (1John 2:16). Sexual desire is good, in the right direction. But to desire someone who is not my wife is not normal. It is not natural. It is not of God (Exodus 20:17). It is evil.

Just as wrong as any other desires that defy the intergendered marriage covenant. 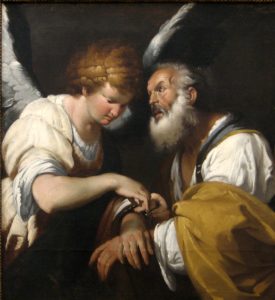 This orientation felt like part of who I am. But Jesus Christ eventually brought me to a place, a place of salvation, where I saw that I did have a choice. I could believe that these desires were part of my identity, unchangeable and irrevocably me, and just accept them as my nature.  Or I could accept a new identity in Christ, and watch Him change, yes, even these powerful desires, over a lifetime.

Guess which choice I chose?

Even today, with all that Christ has done in me, these truly evil desires are never far from me. But now I can see—they are not who I am. No, they are not. They are alien to the covenant making and covenant keeping man that I was made to be. And they do not rule my decisions, my actions, or me.

Has Christ separated you from wrongful desires that felt like you?