Sally, a young woman, shifted nervously as she confessed to my wife, Mary K., who was discipling her, her scary question about the Bible. It was about Deuteronomy, chapter 22.

28 “If a man meets a virgin who is not betrothed, and seizes her and lies with her, and they are found, 29 then the man who lay with her shall give to the father of the young woman fifty shekels of silver, and she shall be his wife, because he has violated her. He may not divorce her all his days.

Sally’s question was a good one: Is a raped girl forced to marry her abuser by this Old Testament law? 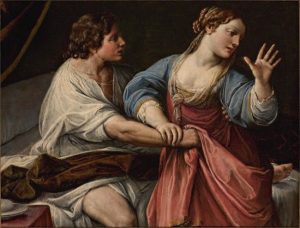 I’ve noticed that you can read many Old Testament law passages in light of ancient Near Eastern customs to make the law out to be saying something that sounds harmful, or you can read them in light of the other statements in the Pentateuch and the burden of other laws to mean something very different. Because the Mosaic code of law is necessarily incomplete, your reading very much depends upon the attitude and presuppositions you bring to the text.

When Mary K. asked me about it, I told her to read more of Deuteronomy 22 with Sally, bearing the following in mind. The fundamental principles of the law are that sex should be inside marriage, women who are vulnerable should be protected, and only the responsible party in a sin pays punishment. Note how women are treated from v13 to v27:

Now that those cases are sketched, how are we to understand vv28-29, of a non-betrothed woman? Is it still talking about rape? This is unclear because a different Hebrew word than the word used for the rape in v25 is used for what the man who finds the woman does. Although usually meaning something similar, “to grasp,” it suggests there might be a different action being done than the seizing for the rape covered in vv23-27. Secondly, the curious phrase of v29, “and they are found (out) /discovered,” makes it more likely consensual sex is what is involved. Finally, we should remember that Deuteronomy is a renewal of the covenant originally made at Sinai, forty years before. The book should only be read upon the foundation of the Exodus laws. The relevant one is Exodus 22:16-17:

All of these make it likely that the Deuteronomy passage, having dealt with the other cases of adultery and rape, is then in vv28-29 taking up the one category left: consensual fornication (sex before marriage) of young people.

In either case, though, the option is there to demand financial protection of the young woman forever through marriage, assuming marriage is desirable. The point of these verses, vv28-29, is still that sex belongs in marriage, women should be protected, and responsible parties in sin should pay. So young men in a community who want women but who are irresponsible should be forced to face consequences.

Is the family then compelled to have this man marry their daughter if he (and maybe she) have been foolish? No. Though not mentioned in the Deuteronomy passage, the answer is implied from the Exodus passage. Not if the family, as represented by the father, sees that the guy is hopeless and doesn’t want him as a son-in-law.

I read women being treated carefully in Deuteronomy 22, along with a demand to make sex sacred in their Theocracy.